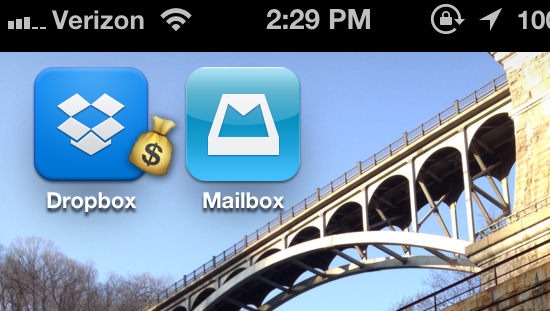 Anyone ever use Drop.io, the file-sharing site? When that went away, I discovered Dropbox, and I can’t even estimate how many gigs I’ve dragged through that  service already, mostly to share files with friends and collaborators. It’s been invaluable. It fills a void, and it’s good at what it does. Except now it’s going to do more than what it does, because Dropbox just bought Mailbox, the popular email app. But don’t panic — nothing’s going away.

This is a first for Dropbox, Inc., in taking a step outside its well-established file-sharing purview. By way of explanation, CEO Drew Houston said, “We felt we could help Mailbox reach a much different audience much faster,” which is an odd way to put it, because most audiences use email. Acquisitions are funny that way — in how the official reasons they happen sound like something other than money being directly involved.

Orchestra, Inc., owner of Mailbox, has 13 employees and all of them will now become Dropbox employees (of whom there are about 250), making it a smooth transfer.

Meanwhile, Mailbox will remain a stand-alone app for now. Dropbox will begin to use Mailbox’s technology for Dropbox features, such as email attachments, which is what Houston says started the talks in the first place.

So where else will you expand, Dropbox? What other apps on my phone are you scoping out for acquisition? What other technology must you have? How much is enough? 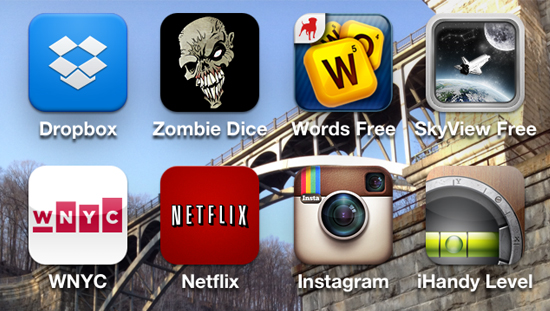 (via The Wall Street Journal, image from my iPhone, with thanks to Photoshop)