Drawings Against Humanity Tumblr Offends Everyone in the Best Way Possible

Because haven't you ever wondered what Miley Cyrus would look like with penis hands? 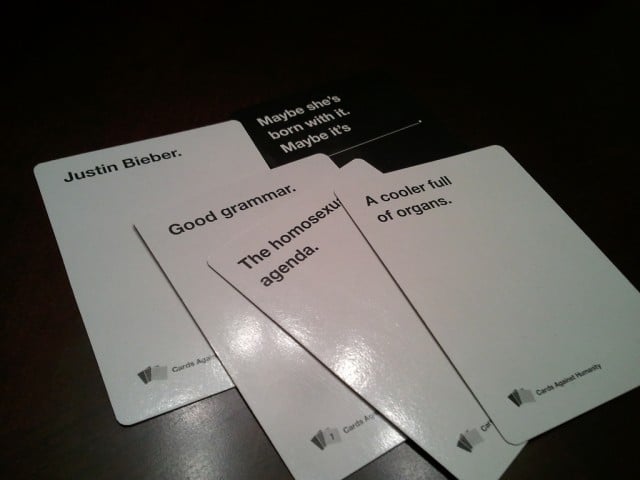 If you’ve ever played the wondrously reprehensible Cards Against Humanity, then it’s definitely your favorite card game. How can we know for sure? Because you’re on this website, so naturally you must be the same kind of awful human being that we all are. Shhhh, it’s okay; you’re among friends. Horrible, horrible friends. Friends who think the incredibly NSFW website Drawings Against Humanity is one of the funniest things to happen to the internet since the invention of the nut shot video.

What is Drawings Against Humanity, you ask? Exactly what it sounds like — someone takes a random selection of card pairings from the game and draws the imagined scenario. The result is often extremely graphic and even more hilarious.

First let’s start out with a fairly innocuous one by Cards Against Humanity standards:

Not enough for you? There’s more on the Drawings Against Humanity Tumblr, which from the looks of it has already drawn (pun absolutely intended) the ire of the social justice community there. Then again, I’d be sort of disappointed if it hadn’t.