Marissa Mayer Promises Not to Screw Up Tumblr, Increases Ads | The Mary Sue

Marissa Mayer promised "not to screw up" Tumblr after the Yahoo buy, but with her plan to increase ads on the site, we're not sure we can believe her. 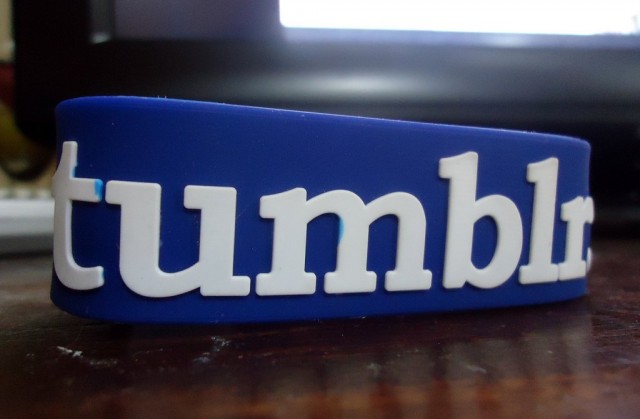 The news broke yesterday that Yahoo will pay $1.1 billion for the Internet’s foremost source for cat GIFs and teenage poetry, Tumblr. Not everyone is taking the news well, but Yahoo CEO Marissa Mayer has stated that she promises “not to screw it up.” Then she outlined a plan to feature more ads on Tumblr. That sounds a lot like screwing up Tumblr.

When we reported that the deal to purchase Tumblr was approved by the Yahoo board, we were also curious about what exactly Yahoo would do with the service. According to a post on Mayer’s Tumblr, the plan is to let the service continue operating independently with David Karp remaining on as CEO. Mayer’s Tumblr post focuses primarily on praising Tumblr for what it does well, but there may be a dark lining to that silver cloud. On the point of advertising, Mayers said, “The two companies will also work together to create advertising opportunities that are seamless and enhance user experience.”

Nobody wants to hear that a service they use is ramping up ad efforts, and the news is already having consequences.

Yahoo’s purchase has reportedly sparked an exodus from Tumblr to competing blog platform WordPress. Of course, that claim is coming from the founder of WordPress, Matt Mullenweg, so take it for what it’s worth, but he’s saying the number of imported posts has jumped from an average of 400-600 posts per hour to a total of 72,000 Tumblr refugees seeking asylum on WordPress.

Despite bragging about those numbers, Mullenweg went back and updated his post to say, “I don’t think there will be an exodus from Tumblr.” With such an increase in people leaving one site for the other, though, we don’t really know what else to call it.

Mayer laid out the plan for Tumblr in more detail on a conference call this morning with investors. She cited that Tumblr only produced $13 million in ad revenue last year, which does seem low considering its considerable user base. That user base may be largely due to the fact that Tumblr is so ad-light, though, and users aren’t the only ones likely to push back against an increase in ads. Mayer said that Karp himself has been “skeptical” of ads on Tumblr.

It seems like there’s push back from users of any service when they increase ad presence, but sites like Facebook and Twitter have survived monetization, so are people overreacting to the Tumblr news? It’s easy enough to ignore online ads, but they seem to irritate a lot of people. If you use Tumblr, are you planning to dump it now that you can expect an increase in advertising?