There’s an Official White House Tumblr Now, Because Of Course 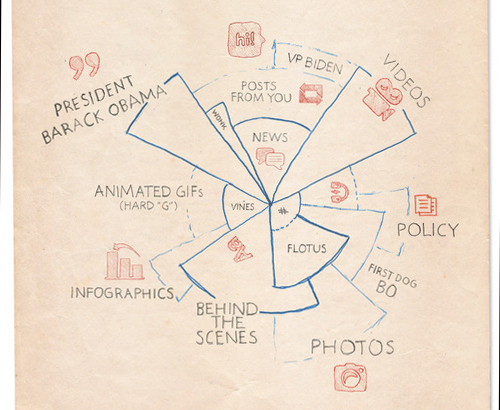 I guess it was only a matter of time. The White House has slowly made itself completely and totally a part of the Internet by invading social media like Twitter, so it’s not all that surprising that they’d branch out to engage with people in other ways. Still, an official White House Tumblr? Yeah, that’s a thing that exists now.

Though this will likely earn sneers and jeers from a certain kind of crowd, it’s kind of amusing and will earn points with, uh, people that love to share GIFs. You know the type. Plus, they’ve promised GIFs of their own, so it’s pretty much a win-win situation.

But this is also about you. President Obama is committed to making this the most open and accessible administration in history, and our Tumblr is no exception.

Okay, sure. How long until there’s a dedicated fandom based around something posted to the White House Tumblr? Assuming they post regularly, I’m going to go ahead and say it’ll happen before August.