A Dragon Claw Bracelet For Daydreaming 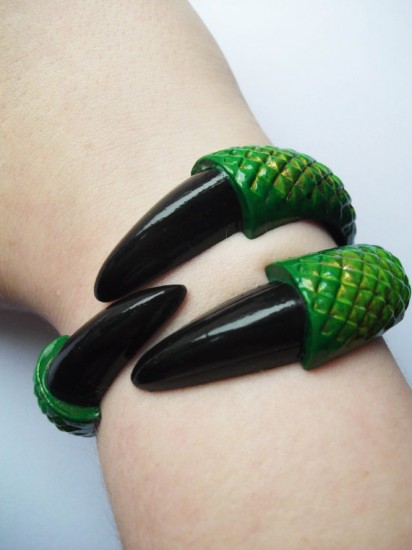 You can look at this fashion statement two ways. One would be as Daenerys Targaryan from Game of Thrones, Mother of Dragons, who would be wearing this obviously fake dragon claw bracelet as a tribute to her little ones. Conversely, you could pretend to be Aerin Firehair from The Hero and the Crown, Dragon-Killer, who might have claimed this for her prize. Or you could pretend to be yourself, totally cool person. Unfortunately, this one has already sold, as have the two other alternate ones I saw in RockerDollJewellery‘s store. But the good news is, seller Stephanie Allen makes them to order so it’s likely you can get one that way.