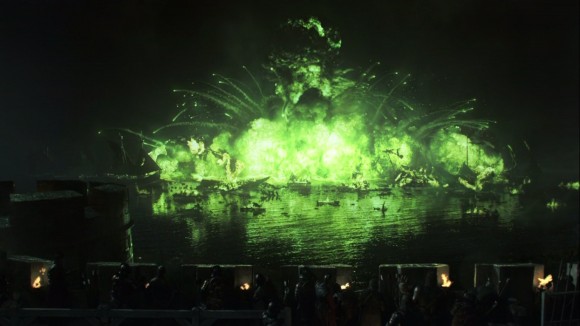 We still have to wait over half a year for season three of Game of Thrones to premiere (sob), and while there aren’t any trailers or official promo pics yet, this video breakdown of season two’s visual effects is pretty cool. Released on the heels of the show’s Creative Arts Emmy win for Outstanding Special Visual Effects (one of six awards it won at the Creative Arts Emmys, held last Saturday), it gives a neat look at how the show’s effects team creates dragons, wildfire, creepy shadow babies, towering castles, and majestic scenery, all set to music from the show. Check it out after the jump—you know want an excuse to listen to the theme song again.