British Man Takes Son to Hospital in Double-Decker Bus, Should Win Father and Driver of the Year 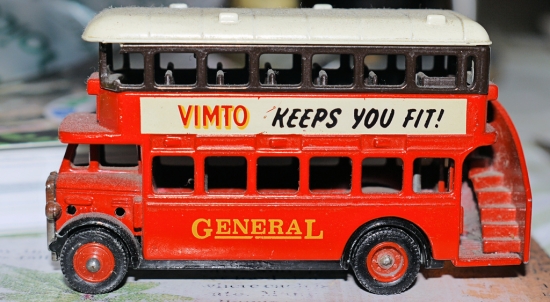 Ross Cork was at work when he got the call that his son was having an epileptic seizure, so he did what any father would do– he went to help his son. Only, Ross Cork works as a bus driver, and when got the call he was behind the wheel of a double-decker bus, so that’s what he drove to get his son. Ross Cork drove a double-decker bus to get his son and take him to the hospital. This story is like a heartwarming British version of Speed.

Cork’s son Riley was being looked after by his grandfather when the seizure happened. A paramedic arrived on the scene within minutes, but an ambulance was not immediately available to transport the boy to the hospital. When Cork arrived with his double-decker bus, the paramedic suggested using it to take the boy and medical equipment to the hospital.

Lest you just think this is just a story about a ride in an unlikely vehicle, here’s a Google Street View image of the road where Cork picked up his son in a gigantic bus:

Double-decker buses are designed for nice, wide city streets. They are not designed to be driven down tiny back alleys. Even more impressive, Cork managed to get there in eight minutes. That time is impressive regardless of how far away he was coming from due to the size of the bus relative to the tiny streets. He squeezed the bus through claiming, “At one point I only had an inch or so either side of the bus.” Looking at that picture, we believe you, Mr. Cork.

Some people told Cork he could have lost his job over the incident, even if it was an emergency situation, but Steve Royal, the operations manager for Cork’s employer, Konectbus, said they try to help their employees “as best we can in any eventuality.” They had his route covered quickly, and Cork still has a job, but that probably wasn’t foremost in his mind as he rushed a giant bus to help his son.

A spokeswoman for the East of England Ambulance Service NHS Trust said Cork did, “exactly the right thing by taking the initiative as he did.” We agree.