This Double-Decker Bus Does Pushups in the Name of Art 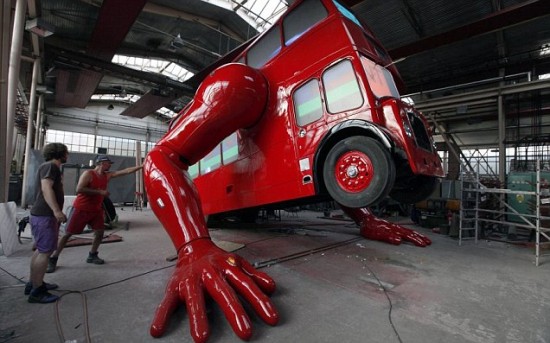 If you have a difficult time doing a handful of pushups, it’s time to get yourself in shape, because now even busses can do them. Not even the regular, thin, empirically attractive busses, but the heavy double-decker busses that prowl the English city streets. Don’t worry, busses haven’t become sentient and worried about their body image just yet, this one is just doing pushups in the name of art.

If you’re wondering why the pushups you struggle to do at the gym aren’t considered art and these bus-ups are, you’ll have to ask Czech artist David Cerny, who created the bus with the blasted triceps, named the London Booster, for the 2012 London Olympics. The piece isn’t as complicated as it might seem; Cerny simply bought a bus, then built some mechanical arms powered by an electrical engine for it. Hilariously, some audio of noises one would make when working out accompanies the bus-ups.

Cerny’s reasoning for inventing the bus-up is fairly logical: The 2012 Olympics are being held in London, which is famous for its double-decker buses, and the pushup is a common activity in which most athletes partake. 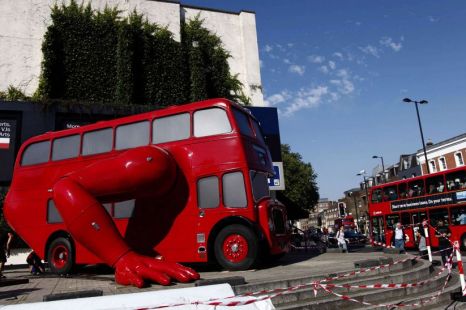 The London Booster weighs six tons, so its huge mechanical arms are probably stronger than our puny meat ones. Check out a video below depicting the first bus-up you’ve ever seen, including the awkward grunting noises, and take a moment to be happy that buses haven’t evolved arms on their own.