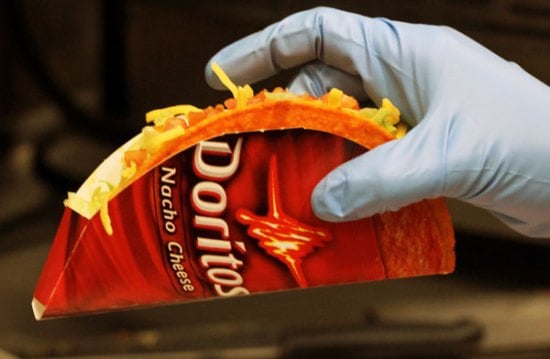 Careful readers will remember those Taco Bell tacos impregnated with Doritos flavored dust that we reported were popping up in out-of-the-way places across the U.S.. At the time, I was confident that the shells were real but that they would never be making a nation-wide appearance. They would remain a test-market curiosity, beloved by a few. However, that seems to not be the case as Taco Bell has announced that the shells will be debuting nationwide next month. What’s more, they’ve already made millions of them to anticipate demand. Really.

Food Beast reports that Taco Bell made the announcement during a press event yesterday, which included a Mariachi Band. According to them, we can expect to see the Doritos shells begin appearing nationwide on March 8 of this year. They’ll retail for $1.29 for a regular taco and $1.69 for a Supreme and will be called Doritos Locos Tacos. Presumably because you’d have to be insane to want to eat one of these.

What’s more, Taco Bell anticipates that these cheese-dusted tacos are going to be a big deal. Apparently, one in three people ordered one of the bizarre creations at stores where they were available, and the company has even devised a “holster” to keep the cheese dust contained. In preparation for the rollout, the restaurant chain has already made 85 million taco shells. According to Gizmodo, that’s enough tacos for every person in Germany with about four million left over.

It also means that the shells will be about a month old by the time consumers can wrap their lips around them, so that might be worth keeping in mind.

Here’s the topper for this mad tale: Taco Bell says that a Spicy Nacho and the far, far worse Cool Ranch flavor will be available soon. Maybe 2012 really is the end of days. 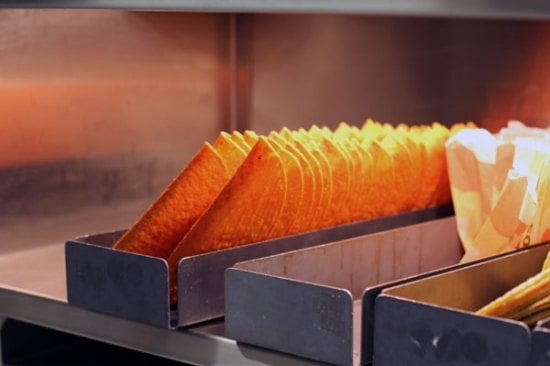 (story and images from Food Beast via Gizmodo, Thanks John!)