In a Racist, Sexist World That Allows for Harvey Weinstein or Milo Yiannopoulos, Don’t Fear. Fight. “Fear is the path to the Dark Side. Fear leads to anger, anger leads to hate, hate leads to suffering.” – Yoda, The Phantom Menace

Some days it feels like the world’s ills are so great and all-encompassing that any energy expended toward fighting or changing them feels like trying to melt a glacier with a blow dryer. Today, however, in light of two rather large stories that have come out, it seems an opportune time to make use of the momentum and start chipping away at the weak spots in the hopes of bringing injustice down.

First, there’s the story that Buzzfeed released yesterday called “Alt-White: How the Breitbart Machine Laundered Racist Hate.” It’s the kind of in-depth investigative reporting that not only deserves to be read and shared, but reminds us of the importance of a free press. Anyone who professes to want to defend “free speech” but then turns on legitimate acts of journalism, calling everything that casts them in a bad light “fake news” has no idea what the First Amendment was designed to protect.

The piece reveals emails and other documentation making clear the connections between Steve Bannon, Milo Yiannopoulos, Breibart as a platform, white nationalist groups, the alt-right, and the rise of Donald Trump. It’s a frightening read precisely because it confirms things that, up until now, many people were hoping were exaggerated. They were not.

Even more frightening, though, is that it not only names the usual suspects, but it implicates both private (unnamed) citizens and public figures, who we’d assume were on the side of progressive values and tolerance, and who were feminist and anti-racist. This, for me, was the truly terrifying part of the read. It talks about a “diverse group of Americans” who, “Aggrieved by the encroachment of so-called cultural Marxism into American public life, and egged on by an endless stream of stories on Fox News about safe spaces and racially charged campus confrontations…took to Yiannopoulos’s inbox to thank him and to confess their fears about the future of the country.”

It goes on to describe them:

“He heard from ancient veterans who “binge-watched” his speeches on YouTube; from “a 58 year old asian woman” concerned about her high school daughter’s progressive teachers; from boys asking how to win classroom arguments against feminists; from a former NASA employee who said he had been “laid off by my fat female boss” and was sad that the Jet Propulsion Lab had become “completely cucked”; from a man who had bought his 11-year-old son an AR-15 and named it “Milo”; from an Indiana lesbian who said she “despised liberals” and begged Yiannopoulos to “keep triggering the special snowflakes”; from a doctoral student in philosophy who said he had been threatened with dismissal from his program for sharing his low opinion of Islam; from a Charlotte police officer thanking Yiannopoulos for his “common sense Facebook posts” about the shooting of Keith Lamont Scott (“BLUE LIVES MATTER,” Yiannopoulos responded); from a New Jersey school teacher who feared his students would become “pawns for the left social justice campaign”; from a man who said he had returned from a deployment in “an Islamic country” to discover that his wife was transitioning and wanted a divorce (subject line “Regressivism stole my wife”); from a father terrified his daughter might attend Smith College; from fans who wanted to give him jokes to use about fat people, about gay people, about Muslims, about Hillary Clinton.”

Even more disturbing are the public voices we’ve come to know and trust based on the progressive platforms for which they work, who were supporting, collaborating with, and championing Yiannopoulos on the DL. Several of whom were women:

Most disappointing and upsetting of all are the fellow writers at liberal outlets who somehow never managed to absorb any human decency in all their time working for these places. Take Mitchell Sunderland, senior staff writer at Broadly, Vice’s women’s site, who wrote to Yiannapoulos “Please mock this fat feminist” in May 2016, when sending him an article by Lindy West. Or Dan Lyons, veteran tech reporter and editor, as well as a former writer on HBO’s Silicon Valley, who emailed with Yiannopoulos periodically to wonder about whether or not Zoë Quinn and Amber Discko (founder of Femsplain) were trans, based on their appearances.

Just today, Lyons said on Twitter that he “didn’t remember those emails until BFeed contacted me. When they did, I reached out to [Quinn and Discko] & apologized.” To which Quinn responded,

Lyons then proceeded to block Quinn. HE blocked HER. Because now he’s suffering, poor baby, because she reminded him that he’s a liar.

Sadly, this behavior echoes that of our brother site, Mediaite, who repeatedly uses scare quotes around words like misogyny and transphobia and engages in sexist “reporting” (scare quotes on purpose) in an effort to court the Internet’s worst impulses.

So, not only are there white supremacists to contend with, but there are their greedy enablers who provide platforms for them, making  money off of their unfounded, irrational fears; and the collaborators, many of whom are members of the very groups that white supremacists would ultimately destroy (women, the LGBTQIA community, people of color) thinking themselves exceptions to racism and sexism and throwing the rest of their groups under the bus. Giving into their fear by diving straight into denial. 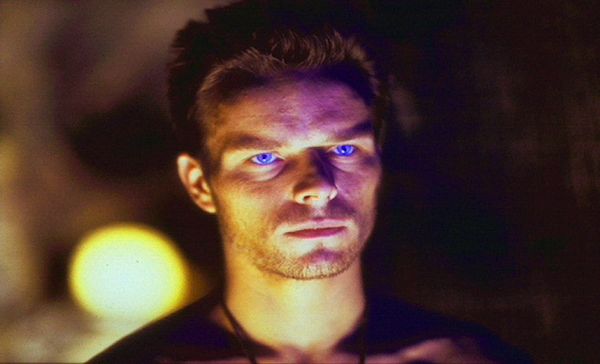 “I must not fear. Fear is the mind-killer. Fear is the little-death that brings total obliteration. I will face my fear. I will permit it to pass over me and through me. And when it has gone past I will turn the inner eye to see its path. Where the fear has gone there will be nothing. Only I will remain.” – Frank Herbert, Dune

Now, let’s move from the upholding of sociopolitical injustice, to the industry-specific sexism of Hollywood. As I wrote about yesterday, Harvey Weinstein has become the latest powerful Hollywood executive to be implicated in a sexual harassment scandal spanning decades.

Well, perhaps “powerful” is an overstatement. In discussing the situation online, a friend of mine made the excellent point that we need to remember that the only reason this is all coming out about Weinstein now is that his power in Hollywood has been waning. The same can be said about many of the men we’re hearing about now: your Bill Cosbys, or Woody Allens, etc, etc. She expressed the concern that some female assistant somewhere, moved by all this new information coming out, is going to speak out against some currently powerful executive or other, outing him as a sexual harasser or a rapist without lawyering up, and she’d be crushed.

What has been particularly frustrating today is that far too many people, people with big names and clout, refuse to speak out against the rampant sexism in the industry for fear of reprisal. The Daily Beast talks about how, “For as long as Hollywood has existed, the ‘casting couch’—wherein film executives and filmmakers prey on powerless ingénues—has been so familiar as to become hackneyed.”

It’s become “the way it is.” It’s become something people laugh about. It’s become an unexamined stereotype. A reason for people to avoid Hollywood, sure, but nothing that Hollywood itself ever actually moves to stop. As Marilyn Monroe put it in her memoir, My Story:

“I met them all. Phoniness and failure were all over them. Some were vicious and crooked. But they were as near to the movies as you could get. So you sat with them, listening to their lies and schemes. And you saw Hollywood with their eyes—an overcrowded brothel, a merry-go-round with beds for horses.”

These stories have me thinking a lot about fear. After all, the irrational prejudices that lead to things like systemic racism and sexism are all fear-based. Racists and sexists are insecure and afraid about their place in this world, and the only way they see to ensure that place is to keep others down.

However, it isn’t even the racists and the sexists that I’m worried about. It’s the ones who don’t actually care one way or the other, but who use and manipulate racist and sexist fear in the interests of their own greed. That, to me, is the true evil: greed at the expense of people’s lives. Greed disguised as “political opinion.”

What’s heartbreaking to me is that there seem to be an endless supply of people that will help them in these goals while looking the other way. Because they are afraid. 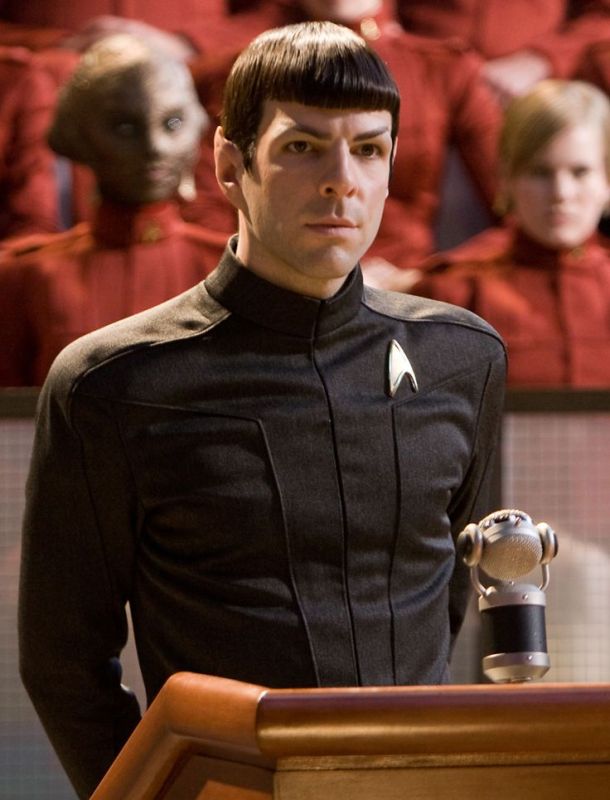 “The purpose is to experience fear. Fear in the face of certain death. To accept that fear, and maintain control of oneself and one’s crew. This is a quality expected in every Starfleet captain.” – Spock, Star Trek (2009)

I understand that fear. Hell, I hesitated in talking about Mediaite in this very piece, out of concern for my own job (we’re owned by the same parent company), and it sucks that we’re essentially played against each other for clicks.

I understand that it’s much easier to instruct people in other industries about what they should be doing in the fight against racism and sexism while finding it difficult to follow your own advice in your own industry, because then it’s your job, your life that hangs in the balance.

At the same time, I’m finding it increasingly inexcusable that, for example, news outlets keep giving white supremacists air time and column inches as if the beliefs they spew are legitimate political opinion and not the hate-filled, insecurity-fueled bolstering of their own power and greed that they are.

I’m finding it increasingly inexcusable that the men who say they are allies to women nonetheless allow men like Weinstein to operate openly and say nothing. Why? Because they’re afraid they’ll be considered “not real men” if they speak up? Here’s a tip: a “real man” is an adult male person who takes responsibility for his actions and works to create and build rather than destroy. That’s it. That’s all there is to it. So, you’re not a “real man” if you don’t speak up.

I’m finding it increasingly inexcusable that big-name actresses continue to work with known sexual harassers because, well, he hasn’t done anything like that to me. You might be fine, but you’re actively allowing your industry to remain hostile toward women just like you. It might not have bitten you in the ass yet, but it will.

And I’m finding it increasingly inexcusable that we in marginalized groups have been more than ready to throw each other under the bus to protect ourselves.

Racism and sexism are based in fear, and you can’t fight fear with more fear. Fear has to be overcome. We have to find bravery. We have to see our fears as the lies that they are, and work and act toward better. Or, we need to admit that we don’t really care that much about rampant injustice, so long as we remain comfortable, and we need to be okay with that. Make no mistake, those are the choices. There’s no more room for the sniveling, half-assed shows of solidarity without actively speaking up when it counts, or taking action.

I’m writing this, in part, as a reminder to myself. Seeking inspiration from the geek stories I love, and remembering that nothing good ever comes from being afraid. It’s not about acting recklessly, it’s about being determined and consistent. It’s about expressing our values with action, and not letting fear lull us into complacency.