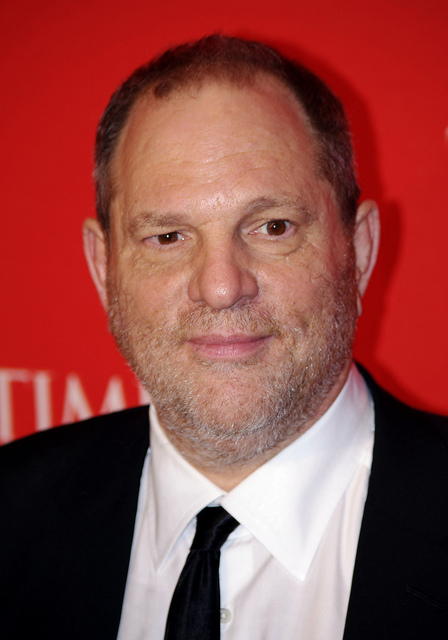 Why must everything I love turn to garbage? I was an intern at Miramax when I was in college, and from about age 15 to 25 I was a bit of a movie snob. Miramax films (both gritty fare like Pulp Fiction, and imports like Il Postino) hit my sweet spot. So, of course company co-founder Harvey Weinstein has allegations against him as a serial sexual harasser. Because of course he does.

The New York Times recently published an investigative report on Weinstein and allegations against him, both known and previously undisclosed, with regard to his sexual harassment of women; a career of inappropriate actions that spans 30 years suffered by both celebrity actresses and female company employees alike.

Throughout those years, and as the Times was pursuing its investigation, Weinstein apparently reached settlements with eight women concerning his behavior. These are all allegations, by the way, for which the New York Times found documentation: in legal records, company emails, and internal documents from both Miramax and The Weinstein Company.

Now, thanks to the Times’ reporting, Weinstein released a trite statement before high-tailing it out of his company for a “leave of absence.” He said, “I appreciate the way I’ve behaved with colleagues in the past has caused a lot of pain, and I sincerely apologize for it. Though I’m trying to do better, I know I have a long way to go.” He then goes on and on about how he’s been “trying to [change his behavior] for 10 years,” and how he’s now getting a woman, Lisa Bloom, to literally do the work of “tutoring” him by putting together a team to help him figure his shit out. What??

I mean, I’m all for examining your past behavior and trying to change. I really am. But this man is acting as if all of this is a mystery. As IndieWire’s Kate Erbland said on Twitter:

He’s been “trying to do this” for 10 years? What’s to WORK ON? Here it is: don’t be a disgusting misogynistic dirtball. SAVED YOU A DECADE.

And Josh Spiegel at /Film summed it up quite nicely:

Among many, many other things in the article, this whole “old dinosaur learning new ways” line is such flaming bullshit. pic.twitter.com/4DgNFUTijl

There’s nothing to “learn” here. He’s produced and distributed films and other projects that get into things like sexism and how to treat women correctly (and incorrectly). He continually comes into contact with women who speak out against these very things. He’s not some clueless naif who needs help navigating the wide world of How to Treat Women Like Human Beings.

There’s nothing to learn. He already fucking knows things. There are only actions to take or not take.

He either has a compulsion he can’t control, which means he needs to get his ass some professional help, OR he’s fully in control of his faculties and is a grown-ass adult, which means he needs to just STOP DOING THE THINGS HE’S BEEN DOING. Those are the things. Those are the only things. He doesn’t need to demand or expect any more emotional labor from women to teach him, and the fact that he wants to be treated like a victim of his own behavior is beyond infuriating.

The fact that he’s apparently been “trying” to change for a decade, but hasn’t yet, leads me to believe it just isn’t in the realm of possibility. And that is both infuriating and really, really sad.

Now, anything with The Weinstein Company logo on it will sadly make me think twice before watching it. Sorry, Bob.

But, honestly? Where were you while all this was going on? Because this isn’t just a one-man problem. It’s the one man, and all the other enablers that allowed this behavior to go unchecked and unpunished for so long.

Get it together, Hollywood. You’re all at fault, and it’s all of your responsibility to keep the marginalized among you safe.