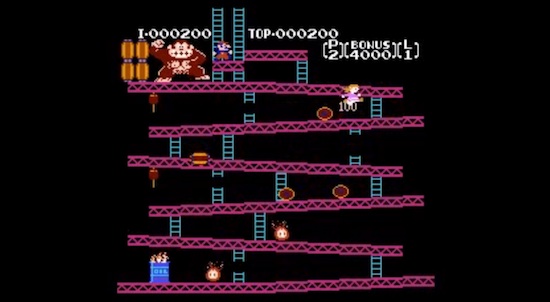 Doting Dad Mike Mika couldn’t bear to see his daughter’s disappointment at not being able to play as a princess in Donkey Kong the way she had in Super Mario Brothers 2. Rather than explain to her why Mario was always the hero and Pauline always needed saving, though, Mika changed the game, putting together a patch that turns let his daughter get her game on as video gaming’s original damsel in distress. Check out the video, which really should earn Mika a “#1 Dad” mug for ensuring his daughter knows that girls can save the day just as well as boys, below.

Here’s Mike’s heartwarming explanation of the project from YouTube:

My three year old daughter and I play a lot of old games together. Her favorite is Donkey Kong. Two days ago, she asked me if she could play as the girl and save Mario. She’s played as Princess Toadstool in Super Mario Bros. 2 and naturally just assumed she could do the same in Donkey Kong. I told her we couldn’t in that particular Mario game, she seemed really bummed out by that. So what else am I supposed to do? Now I’m up at midnight hacking the ROM, replacing Mario with Pauline.

I gotta say, Pauline acquits herself pretty admirably in these levels, though we’d expect no less. After more than three decades, she should be pretty familiar with proper Donkey Kong technique. In fairness, though, Mario is doing a pretty admirable job of being a kidnapped princess here, too. Maybe the harried plumber has been missing his calling all these years.