Donald Trump Is Gaslighting Us About the “Send Her Back” Chant 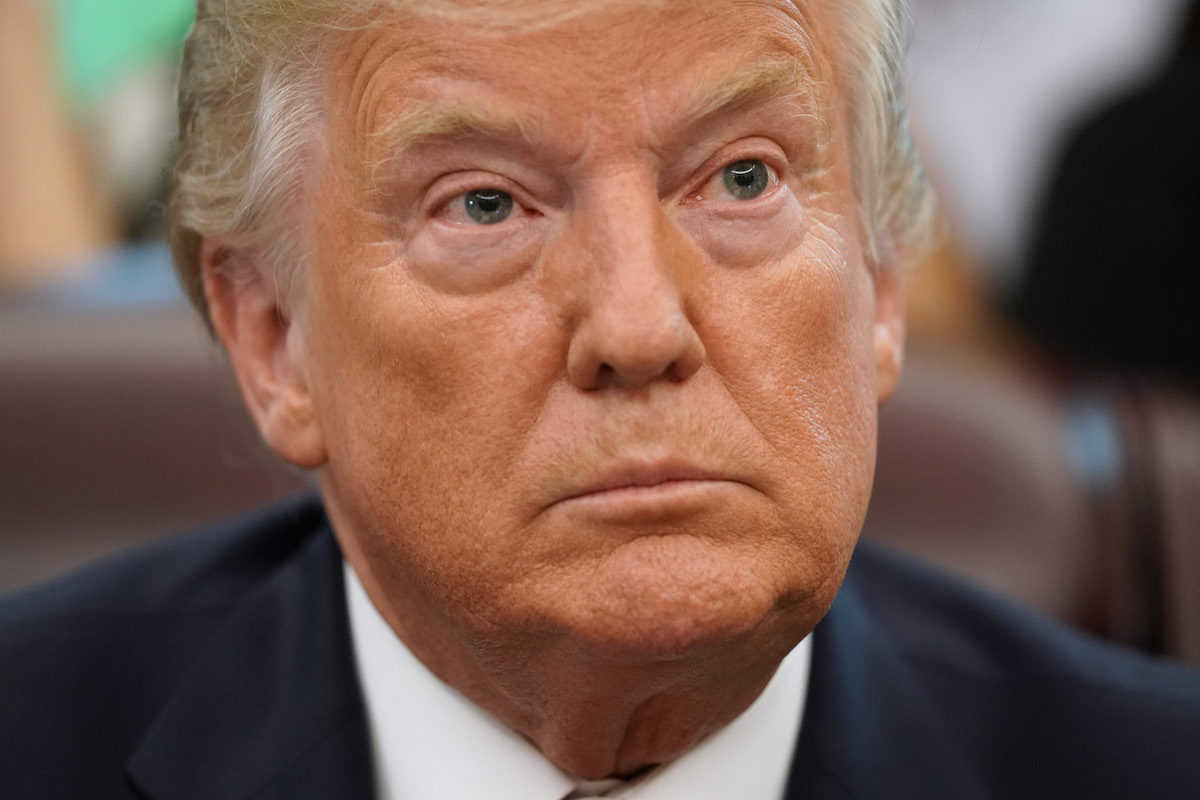 At Donald Trump’s campaign rally earlier this week, supporters began chanting “Send her back” in response to hearing Rep. Ilhan Omar’s name. It was a disturbing sight, seeing the crowd chant such overt racism while Trump stepped back from the microphone to watch them.

Trump’s rallies have always had racist, nationalistic overtones, but the pure fascism on display at this most recent event got the attention it deserved from reporters, historians–pretty much everyone except the cast majority of GOP lawmakers. It got enough negative attention that Trump even tried to distance himself from the chants.

In theory, that’s a good thing. We want Trump to disavow his racist supporters. But the way to do that is to be less racist himself. And since that’s clearly not a realistic option, he’s choosing to just lie about what happened.

When asked by a reporter why he didn’t stop his supporters from chanting the racist message, he said, “I think I did–I started speaking very quickly.”

You don’t have to be a professional fact-checker to know how false that is. You can just watch the video.

Trump fans eventually break out in “send her back!” chants directed toward Ilhan Omar, a Somali refugee who serves in Congress who Trump viciously smeared. pic.twitter.com/LX3eAEkfci

After claiming that Rep. Omar “has a history of launching vicious antisemitic screeds,” the crowd launches into the chant. Trump nods, steps away from the mic, and looks out at the crowd for 13 seconds. He doesn’t start speaking again until the chant dies down on its own. He doesn’t make any sort of move to interrupt it.

Trump also said that he “felt a little bit badly” about the chant and he told that reporter, “I disagree with it, by the way.”

That’s an obvious lie. His supporters didn’t come up with the idea to “send her back” on their own. That’s a direct response to tweets Trump sent and then repeatedly defended in which he suggested progressive Democratic Congresswomen (presumably he’s referring to Omar, Alexandria Ocasio-Cortez, Rashida Tlaib, and Ayanna Pressley) should “go back and help fix the totally broken and crime-infested places from which they came.”

The morning of the rally, he tweeted a quote from Republican Senator John Kennedy, writing, “In America, if you hate our Country, you are free to leave.” Earlier in the week, he tweeted in all-caps, “IF YOU ARE NOT HAPPY HERE, YOU CAN LEAVE!”

Over the last week, he has repeatedly tweeted that Omar and the other Congresswomen are “anti-USA” and that they “hate our country.”

And yet now Trump is saying that he “disagree[s]” with the sentiment behind “send her back.” He feels “a little bit badly”?

The really infuriating thing about this is all the credulous “Trump disavows chants” headlines we’re about to be subjected to.https://t.co/xSeSrDE29y

Indeed, there have been far too many major news outlets taking Trump at his word. Here’s a sampling (via Google News): 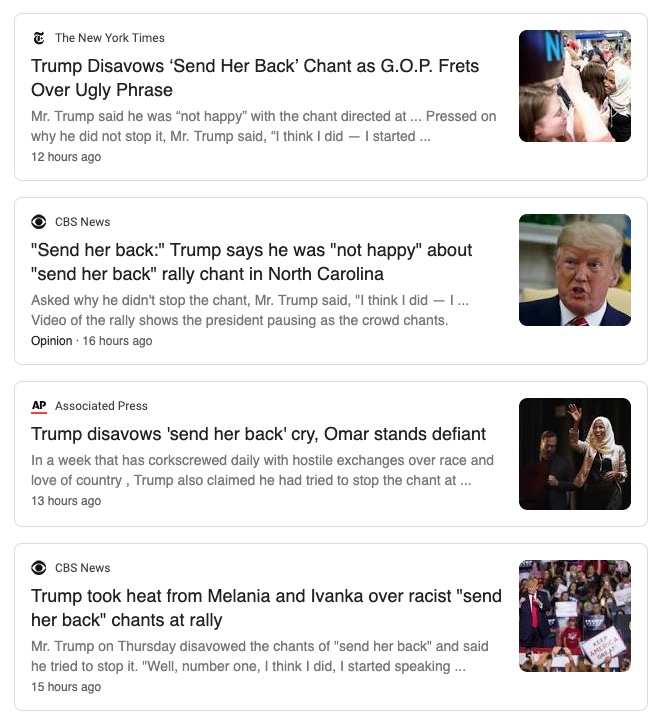 When Trump says something blatantly false, it’s not just unnecessary but actually unethical to parrot back his words in a headline. Luckily, there were some outlets that didn’t let his lie go unchallenged. 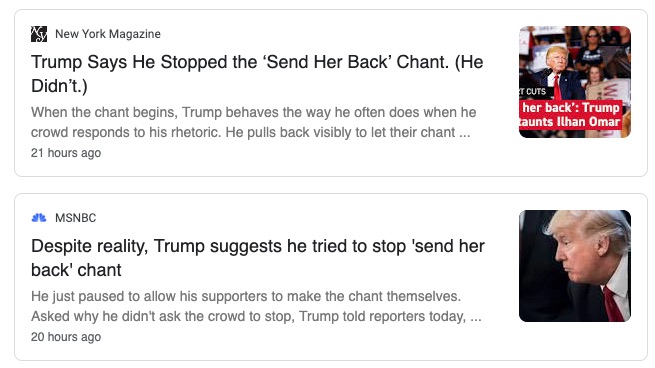