Donald Trump Is Not Having a Great Day 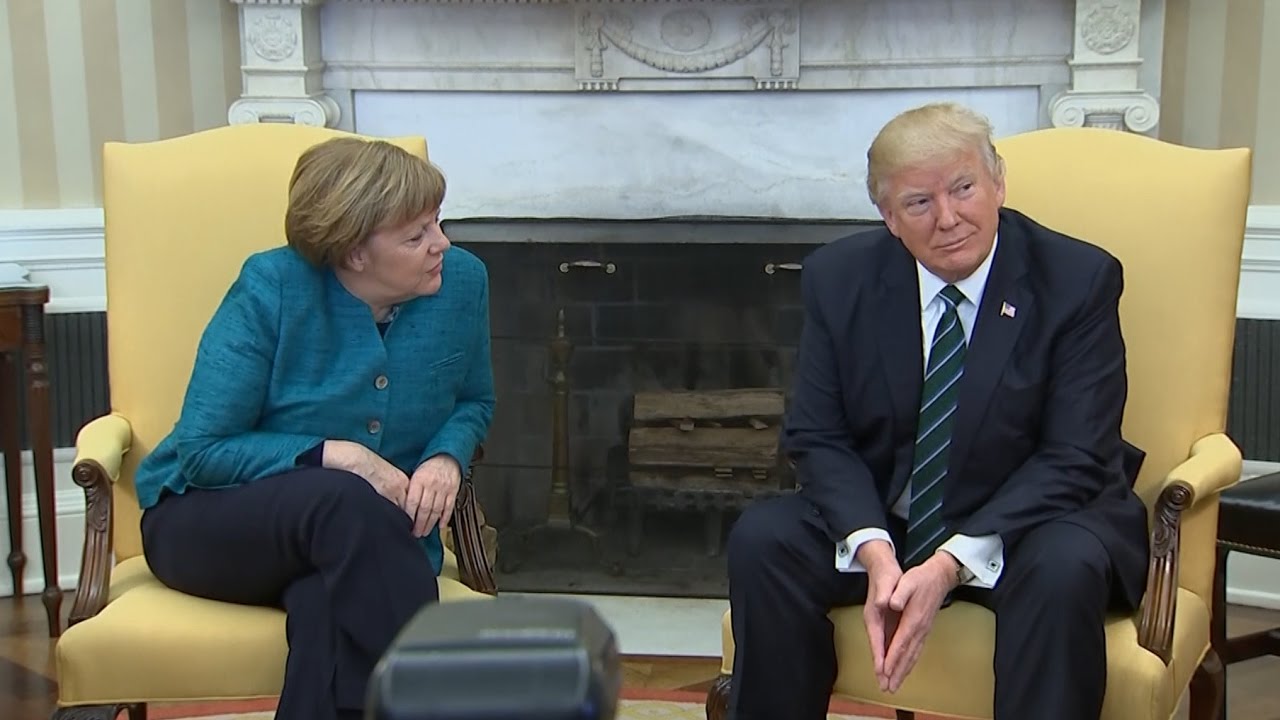 Donald Trump is not having a great day. First, the Irish Taoiseach schooled him on immigration and basic humanity. Then he had to meet with German Chancellor Angela Merkel, and in doing so, managed to appear even more unqualified and antagonistic than usual.

First, during their meeting, he’s forced to sit with a world leader who actually speaks eloquently and understands diplomacy. That doesn’t exactly make him look great by comparison. Add on top of that his total inability to sit still and refusal to look at Merkel, and this is being chalked up to just not a great look for Trump.

Thank you, Chancellor Merkel, for meeting with our pompous bore in chief and behaving like an adult when he’s acting like a 2 year old.

Loving the “underpaid guidance counselor trying to talk to asshole 8th-grader” vibe in the Merkel-Trump video.

Oh yeah, Pete Souza’s there for a subtle reminder of what these types of meetings usually look like.

By far, the most awkward moment, though, was when photographers were asking for a handshake between the two, and Trump refused.

Photographers: Can we get a handshake?
Merkel (to Trump): Do you want to have a handshake?
Trump: *no response*
Merkel: *makes awkward face* pic.twitter.com/ehgpCnWPg7

Look at that! She asks if he wants a handshake, and he 100% ignores her.

A lot of people are having a hard time ignoring not just the disrespect, but the implied misogyny.

Trump’s refusal to look Angela Merkel in the eye or to shake her hand belies his abject disrespect for all women. Today we are all Angela. pic.twitter.com/0vlXIBuSFP

MERKEL: Pleasure to meet you, Mr. President
TRUMP: Hi, you’re like a 3

That wasn’t the end of the awkward moments. After this meeting, the two gave a joint press conference. In addition to accidentally calling the country a “company”–

And having this fantastic shade thrown at him:

Merkel at WH press conference: “I’ve always said it’s much, much better to talk to one another, not about one another.” pic.twitter.com/C6Wmnbjsji

Trump made a “joke” about his own completely baseless claims of wiretapping, in relation to the Obama administration’s actual surveillance of Merkel.

Merkel’s reaction when Trump jokes about wiretapping is incredible
via @moneyries @sts10 pic.twitter.com/4h0l00AKfw

“As far as wiretapping by, i guess, this past administration, at least we have something in common, perhaps” pic.twitter.com/dv9MJwJ0d2

You can hear the press laughing awkwardly, and they’re definitely laughing at him.

hey everyone i just went to the good timeline for a photo of angela merkel’s visit to the white house pic.twitter.com/IEXSPqA2iu

You guys, I don’t think Trump is having the best day.