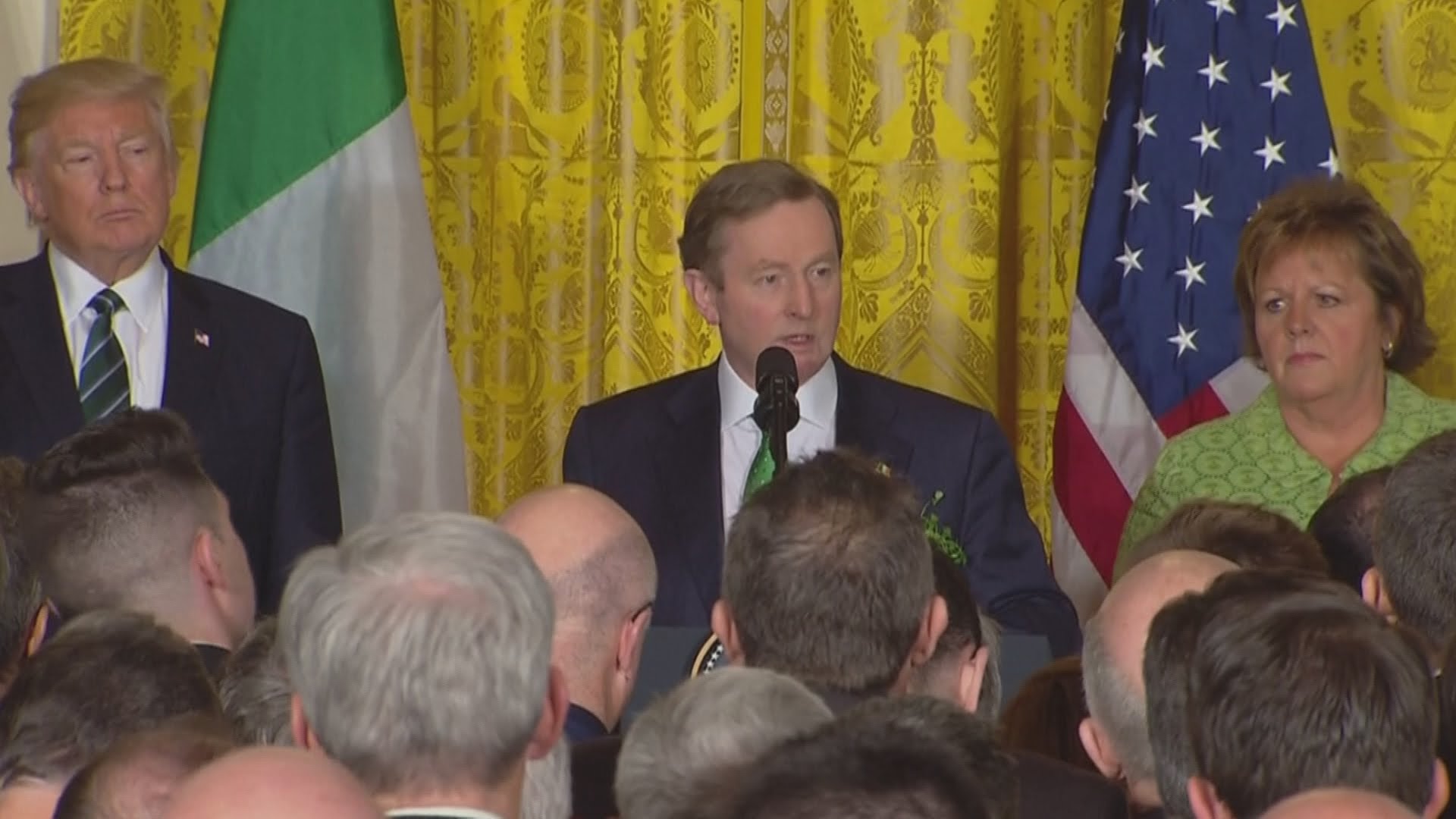 It’s a longstanding tradition that Ireland’s Taoiseach visits the White House for St. Patrick’s Day. There was some question over whether the country’s current head, Enda Kenny, would be invited to visit today, though, given that he accused Trump of using “racist and dangerous language” during his campaign.

But Kenny did visit, and the two had the traditional shamrock ceremony, where the President receives a bowl of the clovers.

They also engaged in a bit of Trump’s weird handshake maneuvering.

Other highlights include Trump quoting his favorite Irish proverb, which turned out to actually be a Nigerian poem, and tweeting a video of the meeting accompanied by the Royal Scots Dragoon Guard on bagpipes.

But the big moment came during Kenny’s speech, when he dives into what must be near the top of Trump’s “Please Don’t Talk About It” list: immigration. Kenny reminds everyone that St. Patrick was an immigrant (I mean, kind of, in that Ben Carson sort of way), and, for many, is a symbol of immigration. He tells us that 35 million Americans claim Irish heritage, and that “the Irish have contributed to the economic, social, political, and cultural life of this great country over the last 200 years.”

“We were the wretched refuse on the teeming shore,” Irish prime minister says with Donald Trump in the room. pic.twitter.com/7jEfTVvIzE

Now, I have to admit that I don’t know all that much about Irish politics. But the little I do know indicates Kenny isn’t exactly beloved. His history with abortion and women’s rights, as well as racist language of his own, is especially troubling.

Still, that was one hell of a speech.

(via Pajiba, image via screengrab)