Donald Glover Will Only Be In Five Community Episodes Next Season 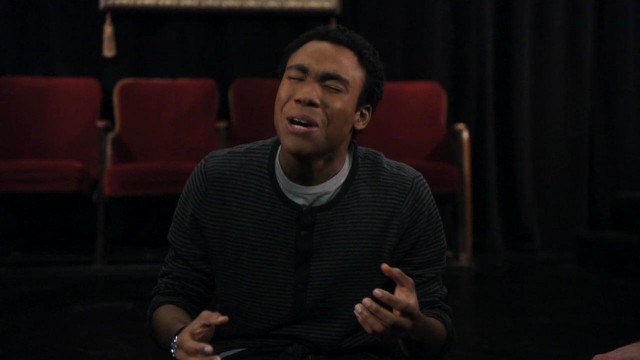 CRISIS ALERT! Donald Glover is only going to be in five of Community‘s thirteen episodes in the upcoming fifth season. Vulture is reporting that according to “sources familiar with the matter”, this is a compromise deal reached to keep Glover on the show while giving him the time to focus on his rap career as Childish Gambino. This… certainly is news. To quote Abed, I need help reacting to something.

Glover has been wanting to focus on his music for a while, but we were hoping that this wouldn’t happen despite the turmoil the show has been through in recent seasons. If there’s a bright side to this somber news, it’s that Glover’s could put less strain on the budget for the season, though that has to rank among the coldest of comforts.

Along with Chevy Chase being gone for good, this is cutting a hole in the show’s core. It’s not known how the episodes will be divided and how this will be written into the show, so we’ll just have to wait and see. But hasn’t there been enough drama in the Troy/Abed relationship already? When, Community, when will you stop toying with our emotions? We’re as delighted as the next person to know that creator Dan Harmon will be back on board for the fifth season, but he’s been doing his best to remind us why Sony got rid of him in the first place. Why can’t we have a season where we’re actually looking forward to Community coming back?