This seems like the argument of a very sad industry. 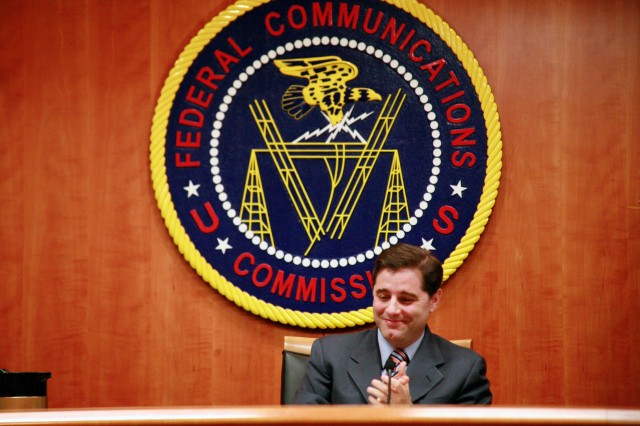 The major broadcast networks’ revolt against the FCC’s regulation of indecent content on broadcast television has taken a weird turn courtesy of the TV provider’s latest argument against the fines. Is it that indecency fines undermine freedom of speech? Are they making the case for the artistic value of sex and profanity in TV shows? Or just pointing out the hypocrisy that you can show a gruesome murder on CSI, but can’t show sex or nudity? Actually, none of those. They’re arguing that the FCC should not hold them to the existing standards because broadcast TV ratings have dropped so much that they’re no longer culturally relevant.

In filings to the FCC, ABC, NBC, CBS, and Fox cited mounds of evidence that demonstrates their own declining influence in American culture. That’s kind of depressing, but I guess if you have those numbers laying around, it doesn’t make much sense just to mothball them. Since the Supreme Court issued a ruling in 1978 that supported the FCC’s regulations on the grounds that casual watchers and children were likely to come across indecent material unexpectedly, CBS argued, “Whatever the merits of this rationale in 1978, time and technology have deprived it of all vitality. Today, upwards of eighty-five percent of all television homes subscribe to pay television.” NBC claimed that only 3.2 percent of TV-watching homes rely on broadcast airwaves and have children under 18.

Fox said that “broadcasting is not uniquely accessible to children,” bringing up that children today spend more time on cable, video games, and the Internet, which are not regulated by the FCC. The filings also argue that parents today can use the V-chip or other less restrictive ways to block children from seeing mature content. If you’re really into legal filings and the future of seeing boobs on network TV, you can read the filings from CBS, Fox, and NBC.

While this makes a certain degree of sense legally and as a matter of common sense, the FCC might see through their argument. The networks’ biggest concern right now is to avoid being held responsible for “fleeting” expletives and nudity on live broadcasts such as award shows and sporting events. Given that those are the tentpole events — things like the Oscars and the Super Bowl — that still draw big ratings to network TV, and that they are tough for parents to shield their kids from because they’re broadcast live, it doesn’t quite add up that network TV is so unpopular that no kid will ever be exposed to a “wardrobe malfunction.”

Still, it’s possible that this could mean network TV shows being allowed to be more ‘indecent,’ as it were. And it’s great to see the networks embracing their slow decline. Sure, they’re becoming dinosaurs, but everyone thinks dinosaurs are awesome, right? Man, they should make a show about dinosaurs, that would do…oh. Huh. Never mind, I guess.

(via Deadline, image via Greg Elin)