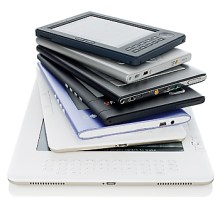 According to a report on The Wall Street Journal, the Department of Justice has taken notice of eBook publishing and pricing. Federal prosecutors have sent letters to Apple, Simon & Schuster, Hachette Book Group, Penguin Group, Macmillan, and HarperCollins, stating that the Department of Justice is seeking a case for collusion and price-fixing. Aside from potentially reading about a possibly long legal battle, what consumers could expect from this is, intriguingly, lower eBook prices.

For those unaware of the history of how Apple affected eBook pricing, it’s not too long or even complicated. Before the iPad, Amazon was the big eBook vendor, and in order to compete with actual, tangible books and retailers, Amazon set their eBooks at lower prices. Yes, this is basic market competition. Even though Amazon cut deals with publishers in order to sell their books in digital format, the deals cut allowed Amazon to set the prices at whatever they wanted, so, obviously, publishers weren’t exactly thrilled when Amazon was not only setting low prices on digital books, but people began opting for cheaper digital books instead of the more expensive print books.

Along comes Apple, fully aware of the somewhat delicate relationship these deals between publishers and Amazon created. So, Apple introduces the agency model, wherein Apple allows publishers to set their own prices for eBooks, but Apple will take 30 percent of the profit, regardless of the set price. Obviously, this made publishers a little happier since they could not only set the price to “make up for” Apple’s cut, but could set a higher price.

As many people living in 2012 are aware, a lower price point for a product doesn’t necessarily mean a company will make less money. How many of you have bought a suspect smartphone game simply because you figured, “Well, it is ninety nine cents, who cares?” Aside from mobile gaming, software developer Valve is famous for frequently using this exact model for their online vendor front, Steam — lower prices on games frequently means the games sell more, rather than users passing up a game because of a higher price. Publishers haven’t seemed to grasp this concept yet on the whole, even though it can and does work.

Due to the Department of Justice’s interest in the agency model, we can probably expect something to change regarding eBook pricing. The easiest route to appeasing the Department of Justice would be to simply not allow prices to get too high, which would also probably bring lower prices for products with prices that are already too high. It is also possible that the letters sent to the publishers are simply a tactic designed to nudge them in the right direction without the intention of actually pursuing a legal case, though it may come to that if the publishers do not get the hint.

The possible move to lower pricing probably won’t be as bad as publishers may think, as the pricing structure has proved profitable on other platforms (as discussed above), but if the Department of Justice’s interest is any indication, it seems that publishers are going to find out how the pricing structure works for books sooner rather than later.