26-Year-Old Author Self-Publishes eBooks and is a Millionaire 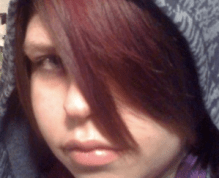 Amanda Hocking is already a millionaire author by the age of 26. No, she probably hasn’t written something you’ve seen on the bestseller shelf at Barnes & Noble. She’s made her millions by self-publishing Kindle eBooks, which she claims have sold over 900,000 copies since April 15 of last year. Due to Amazon’s seemingly generous policies, she gets to keep 70% of the profit. She also says that she has never be traditionally published, though a few of her books have foreign deals in place. Novelr explains:

Perhaps more importantly: a publisher on the private Reading2.0 mailing list has said, to effect: there is no traditional publisher in the world right now that can offer Amanda Hocking terms that are better than what she’s currently getting, right now on the Kindle store, all on her own.

Part of her strategy is that her eBooks cost anywhere from $0.99 to $2.99, prices so low that many people probably wouldn’t be too discriminating with their literary choices. It’s estimated that Hocking rakes in about two million dollars per year selling–you guessed it–paranormal romance novels, which includes a vampire series. From her Kindle page’s biography:

Amanda Hocking is a lifelong Minnesotan obsessed with John Hughes and Jim Henson. In between making collages and drinking too much Red Bull, she writes young adult urban fantasy and paranormal romance.

Her books may be young adult paranormal vampire romance, but do they include two hunky dudes who have sides on which we can choose to be? That’s obviously where it’s at.

(via My Blood Approves and Novelr via Business Insider via Gizmodo)