Dog With A Blog Has Higher Ratings Than Parks and Recreation

It's okay. You're going to get through this. 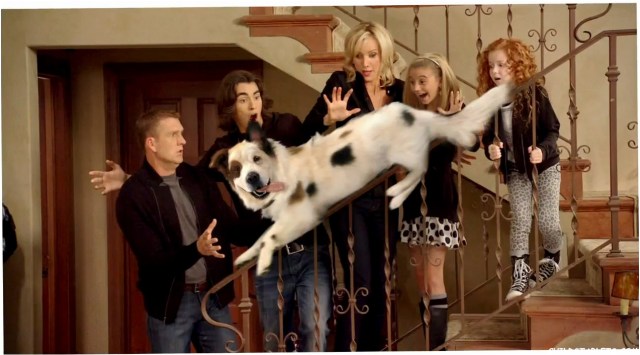 We learned two things this morning. One: There is an actual show on television called Dog With A Blog. Two: apparently more people sit down to watch it live than they do Parks and Recreation, which is arguably the best comedy on network television right now (at least until the return of Community). So that’s happening.

As Uproxx reported, the hit Disney Channel show about a lovable talking dog who  — well, who runs a blog — was watched by 3.5 million people on Thursday evening

However, do not weep for humanity yet, people! This is not proof that America’s television-watching audience is… going to the dogs (I had to, okay, I had to). As other TV commenters have pointed out, the shows aren’t really competing for the same audience in the first place, and the audience that appreciates Parks and Recreation isn’t the type to even watch their favorite shows on a television in the first place.

Dog With A Blog is for young kids and their parents — the same people who are still buying physical CDs instead of downloading music online. Parks and Rec viewers, in contrast, are  more likely to DVR the show or watch it the next day on Hulu or NBC, and god knows Nielsen has no idea how to deal with that yet. So stop complaining about the downfall of modern television already. Do you know how many people watched the last episode of Breaking Bad? 10.3 million! So stand down already and let the children enjoy their dogblogs.

On a vaguely related side note, don’t do what we did and search for mentions of “Dog With a Blog” on Twitter. You end up with a lot of 16 year olds lamenting how the kids shows were so much better back when they were little. They all cite The Suite Life With Zack and Cody, and it makes us feel very old.

(via Uproxx, image via Dog With A Blog)