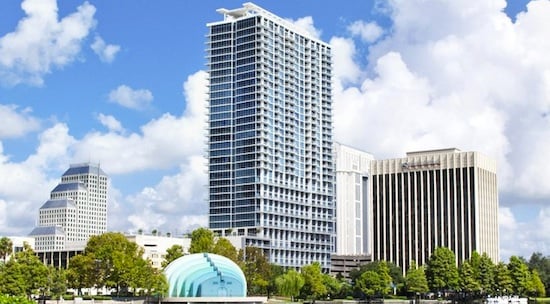 Need proof that the rich really aren’t that different from you and me? How’s this — they don’t pick up their dog’s poop when they think no one is looking, either. No, not even when they’re only walking their dog on the turf at their luxury condo. That’s why a condo community in Florida is making residents enter their dog’s DNA into a new genetic database that will be used to match a poop to a pooch and identify which owners aren’t cleaning up after their pets. Which is really nice to hear, because you know once resources start being devoted to things like this, we’ve clearly solved the big problems like world hunger, and can now put science to work on the really important issues of our age.

Orlando’s Vue condos are pretty swanky places to live, with just one problem — some thoughtless resident apparently believes that living in the lap of luxury makes them too good to clean up their dog’s leavings, deposited on a patch of turf provided by the condo for just this purpose. Fellow residents tried installing cameras to catch the pooping perp, but to no avail. So instead of hiring a team of ninjas to keep watch over what is essentially the world’s smallest, grossest indoor park, the condo association leapt directly to the next most crazy option available to them — mandatory genetic tagging of all canine residents.

As of next month, all dog owners in the condo complex will be required to submit a sample of their pup’s DNA from an oral swab to the condo association. The samples will be used by Tennessee-based company PooPrints to create a DNA database of all dogs in the condo so that future unscooped poops can be identified and those responsible shamed in the traditional fashion — having their nosed rubbed in the resulting mess to a chorus of loud, low pitched recriminations from their neighbors.

It’s appropriate at this point to thank Florida, which we give some flack around here, for demonstrating what is clearly the best way to use science, and definitely the exact manner in which Watson and Crick imagined their work on the chemical coding of life itself being used by future generations. (Rosalind Franklin probably wanted to see it used for the betterment of humanity of some garbage, a point of view that will get you screwed right out of a Nobel Prize.)