Rumor: Netflix In Talks with BBC Over Renewal, Doctor Who Might Not Disappear After All

All they have to do is reverse the polarity of the contract, right? 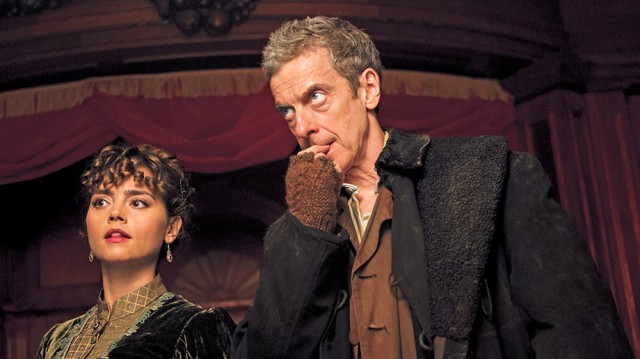 Deep breaths, people. LOL SEE WHAT I DID THERE? Because of that episode that was called… never mind.

This comes to us by way of a site singularly devoted to Netflix called, appropriately, “The Best of Netflix,” and while it appears to be a pretty great resource for Top Ten lists, movie reviews, and series air dates, we should probably also take its words with a grain of salt just in case. According to the site, a source “close to Netflix” has disclosed that even if all of the BBC programs currently on Instant Watch go gently into that good night come February 1st (including some of these shows), it most likely won’t be long before their contract with the BBC is renewed and they all get put back right where they were. In fact, if the deal is sealed at the right time, the expiration deadline might get extended or disappear altogether.

It turns out that this type of cliffhanger removal is actually quite common, it just doesn’t necessarily always cause an uproar quite like the most recent with Doctor Who, which in all fairness, does have a very boisterous and charismatic fan base (of which I consider myself a card-carrying member). Our source mentioned that Netflix does take into consideration not only show popularity but also customer service “votes,” a statistic tallied based around how many people call into complain that a series has been removed or to request a currently unavailable title altogether.

He also notes that a similar contract move happened with the sitcom Scrubs, which was supposed to disappear on January 4th of this year but was recently extended an extra month into February. Scrubs has always been one of Netflix’s most popular shows and was brought to the service as part of a deal with ABC’s partner company, Disney, who were reportedly able to get up to $200 million for the streaming rights to all their content (Scrubs itself was once valued at $26 million). With that amount of money in play, it’s no small wonder that Netflix is willing to let shows straight-up expire as a way to play hardball. The more people complain, the more of a bargaining chip they have when facing off against the rights holders.

So if you’re one of the many disheartened Netflix viewers who can’t imagine a world without the Doctor or Blackadder in your life, then take heart: there’s still that fan petition you can sign, after all, and you can also call in to Netflix directly to express your concerns. In the meantime, you might as well have a two-week marathon of British TV shows just in case. Not a bad way to beat the winter doldrums, right?

What do you think, friends? Are you optimistic about Doctor Who‘s chances?