UPDATED: The Doctor Who Season 7 Premiere Date Has Been Revealed? 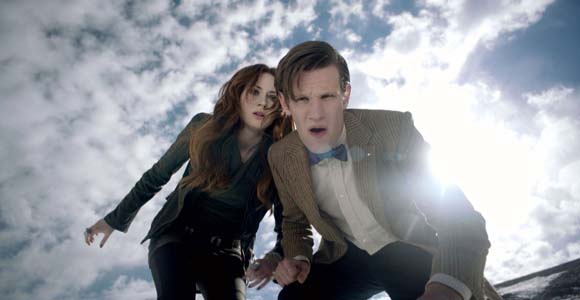 The moment you’ve all been waiting for…the Doctor Who Season 7 premiere date has been revealed…in video form? Watch now!

That’s right, sooner than expected! In just two weeks, on September 8th, you’ll be watching the premiere episode “Asylum of the Daleks” on BBC America. Presumably, the UK and the US will be getting it on the same day as that’s been the trend as of late.

How excited are you?

UPDATE: Thanks to a few commenters and tipsters we now know this date may be questionable. According to DoctorWhoNews.net, “early morning viewers were treated to a trailer on BBC America earlier this week which specifically mentioned an on air date of the 8th September – however, the channel has now reverted to trailers saying the series is coming soon. It is unsure whether the trailer was a mistake or if BBC America jumped the gun on an announcement.” They also note BBC America has devoted an entire day of programmed to Doctor Who on September 1. Stay tuned…