Want To Submit A LEGO Doctor Who Set to CUUSOO? Here Are 15 Ideas From Classic Storylines

Come on, like you'd be satisfied with just a LEGO TARDIS interior.

No one’s more excited than us that LEGO CUUSOO will now accept Doctor Who-themed submissions, but simply slapping a long scarf sticker on a minifig is boring, right? We want very detailed and specific tie-ins to already existing serials and episodes, which is why we are now presenting you with this list of ideas. You’re welcome.

While I tried to come up with at least one set for every Doctor, I have intentionally not included anything of 12 or the Time War Doctor; 12 because he’s only just arrived, and Time War because I’m not sure how well the 50th anniversary episode could be translated into LEGO form in the first place—which doesn’t mean it couldn’t be done, of course.

Anyway, so here they are in chronological order! 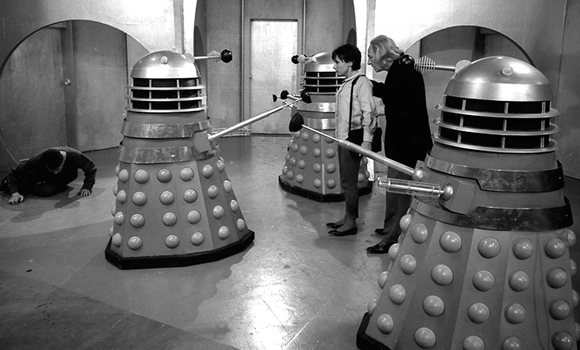 The First Doctor and his original companions, Ian Chesterton, Barbara Wright, and Susan Foreman, first encounter the Daleks on their home planet of Skaro. Sure, they don’t really come into their own until “The Dalek Invasion of Earth,” but minifigs of the Thals and Kaleds could be great for collectors, and playing with the jungle topography of Skaro could be especially fun. Bonus points if they’re all in black and white. 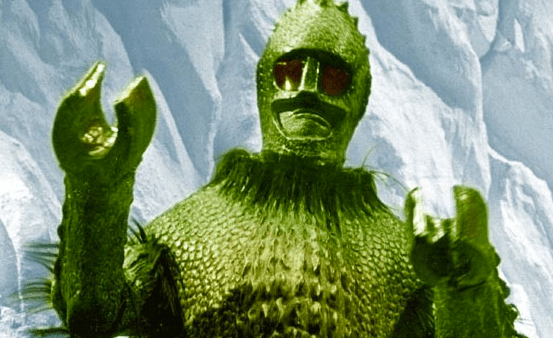 Sure, they’re dudes in rubber masks and nobody really takes much heed of them in NuWho (save for that one time a virus from them turned all the Martian colonists into zombies), but an alien menace defrosted from Martian glaciers would make for a killer set of minifigs, along with the Second Doctor and Victoria Waterfield. But seriously, the Ice Warriors’ hands already look like LEGO hands. It’s perfect. 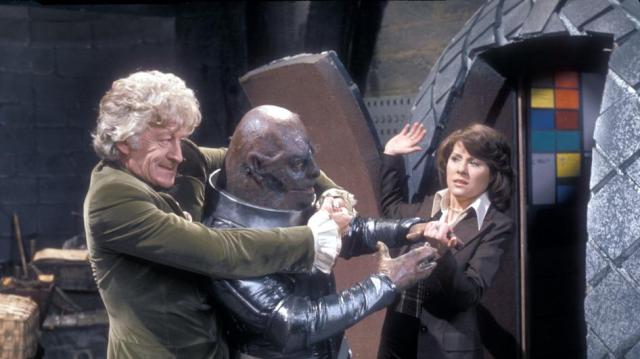 Not only does this serial contain the very first appearance of the Sontarans (and who doesn’t want a minifig of one of those adorable potato-heads), but it’s also the first episode for Sarah Jane Smith, who went on to become one of the most beloved companions of all time. Oh, and it’s got the Doctor and the Brigadier running around a bunch of castles in Medieval England. Everybody loves building castles in LEGO, right? 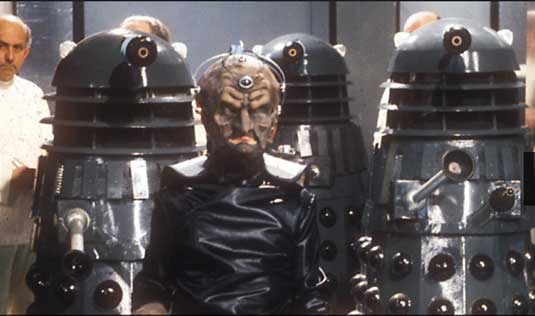 This serial isn’t exactly the most visually interesting, but there needs to be some kind of Davros minifig in existence. So, it’s going on the list, despite how hard it would probably be to make in CUUSOO. I’m sure someone will find a way. 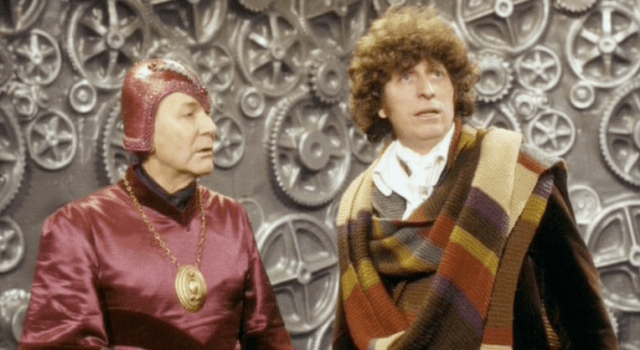 Want more Sontaran minifigs? We’ve got more Sontarans in this story, which pits the warrior race up against the Time Lords. Plus, you get Leela and K-9 (let’s be real, I’m only suggesting this serial for K-9) and a bunch of awesome Gallifreyan minifigs besides. I bet a master CUUSOO builder could get really creative designing some gear-filled Gallifreyan towers for them all to run around in, too. 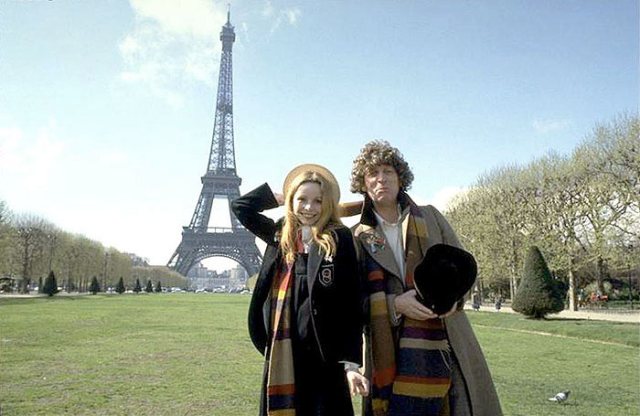 Yes, okay, one more Fourth doctor one, but only because “City of Death” is my favorite Doctor Who serial ever written (and by Douglas Adams, to boot). A Scaroth minifig would be fantastic, as would a build of his War of the Worlds-esque ship—or one of the Eiffel Tower, since this serial technically takes place in Paris. And, because the Doctor goes back in time to hang out with Da Vinci for a hot second, you could probably get away with some builds of the Renaissance inventor’s most interesting creations, such as his infamous flying machine. Plus, who could say no to a John Cleese cameo minifig? 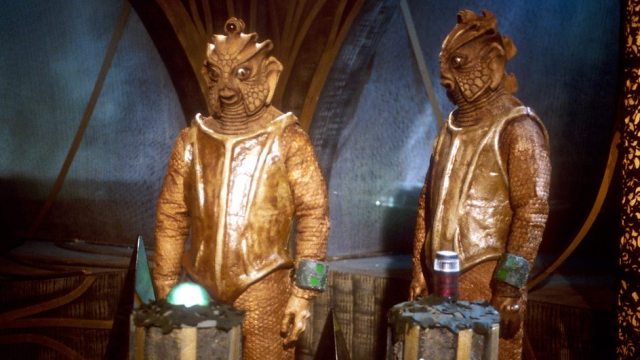 It’s the Fifth Doctor, Tegan, and Turlough versus the Silurians in an underwater sea base sometime during the early 21st century. Oh, sure, the actual serial itself isn’t anything to necessarily write home about, but you can definitely have some fun extrapolating the original conceit outwards. Just think of it: LEGO submarines full of Silurians. I would buy, like, a hundred of those things. 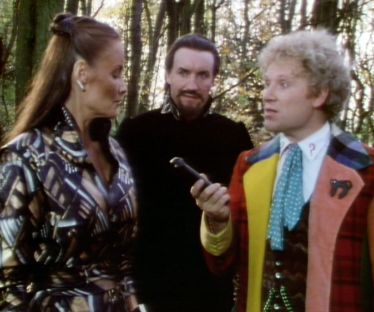 It’s a tough job trying to find a Sixth Doctor that’s bombastic enough to make a whole playset from, but I could see this one being exciting enough if you fudge some of the details a little bit and bring in a brick-build of that rapidly aging Tyrannosaurus Rex as the big antagonist, as well as a few giant industrial revolution-era machines to steamroll over the Luddites. Plus, the minifigs would be worth it—you’re getting Six, Peri, The Master, and The Rani. 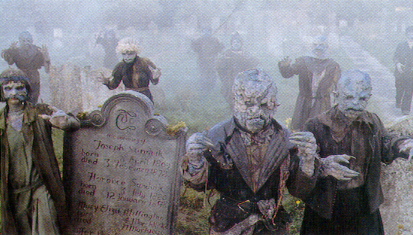 One of the best loved Seven storylines, this set could have some great visual components. You’ve got the Haemovores, who would make for great minifigs. You’ve got those Viking runes. You’ve got the spooky looking churchyard, complete with gravestones perfect for hiding minifigs behind. And you’ve got Ace! Who doesn’t love Ace? (Don’t actually answer that, I don’t want to know.)

Aside from that awesome “Night of the Doctor” created for the lead-up to the 50th anniversary special, the Eighth Doctor’s only been on TV once, so pickings are pretty slim here. However,the gate to the Eye of Harmony would be a spectacular set piece if engineered the right way. Throw in some minifigs of Eight, The Master, and Grace, and you’ve got yourself a pretty cool toy. 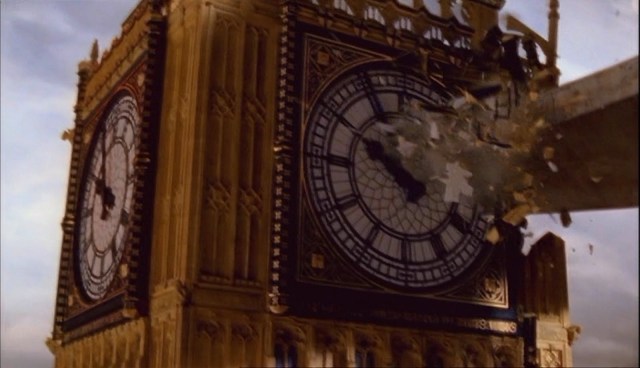 The Slitheen aren’t exactly the best villains to ever exist in Doctor Who, but that shot of the UFO crashing into Big Ben that kicks off this episode has become pretty a iconic part of NuWho. What better than to immortalize it in LEGO, complete with minifigs of Nine, Rose, Mickey, and Jackie? 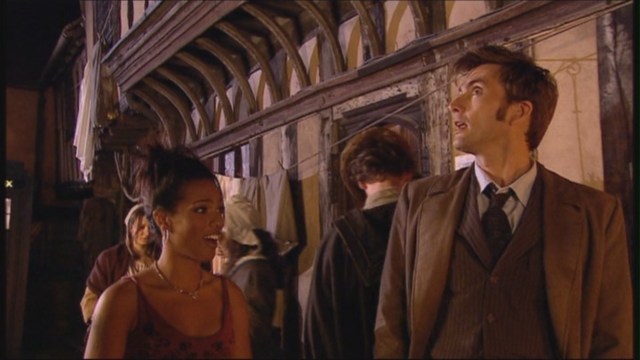 Everybody who knows me personally will attest to the fact I’m a total sucker for the bard, so of course I was bound to throw this episode on the list. But seriously, how cool would a LEGO version of the Globe Theater be, complete with terrifying Sycorax witches? They’ve already got the Shakespeare minifig, and I’m betting he’d be real keen to meet a Martha one. 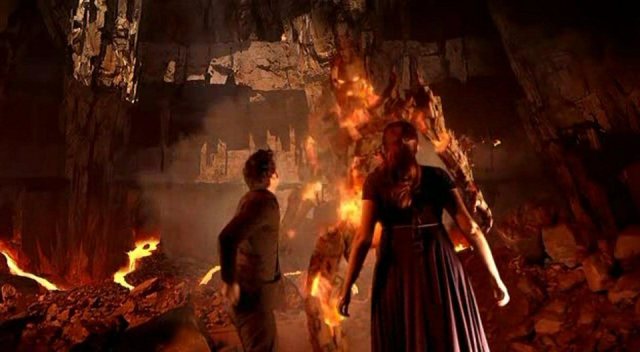 Some minifigs of the Cybelline sisters, a few models of collapsing Pompeii  architecture, an interior set for the volcano escape pod would make this playset just brilliant — and come on, you know you want a giant brick build of a Pyrovile. And maybe a little yellow handheld water pistol for the Doctor, too. 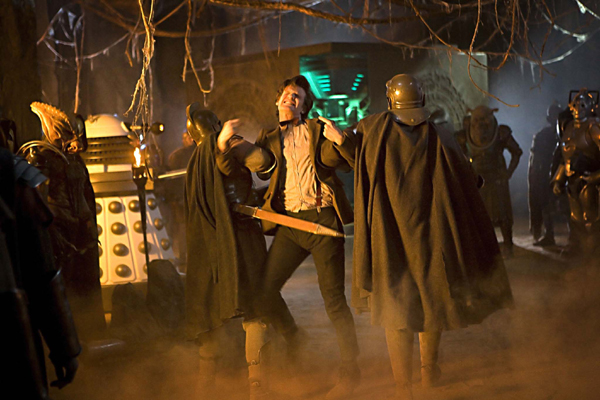 A LEGO model of Stonehenge already exists, of course, but it would be much more fun if it had a giant Pandorica underneath it. You could also throw minifigs of Cleopatra-River, Roman Centurion-Rory, Cybermen, Sontarans, and Daleks as well as larger builds of the alien ships surrounding the henge. Admit it, replaying Eleven’s amazing “Let somebody else try first” speech with LEGO would be the most fun. 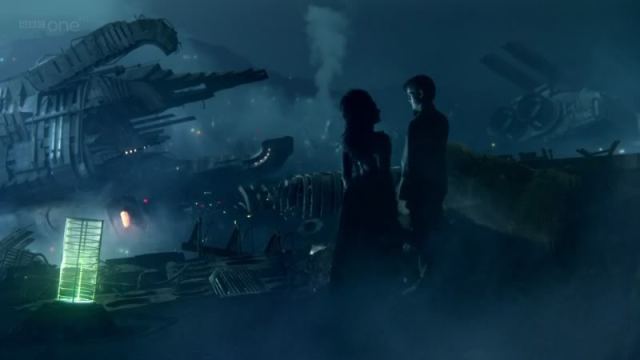 If I’m being honest, one of the major reasons why I’m suggesting this episode as a set is because we all would just love to have an Ood minifig more than anything else. An Idris one would be pretty great as well, and I’m betting a recreation of the TARDIS junkyard done in LEGO could be fantastic if done the right way.

If you decide to make one of these sets and submit them for yourself, we will accept your gratitude in the form of customized LEGO minifig images a la those ones the Mary Sue writers got for covering that awesome LEGO Professor X Mansion. Money would be nice too. Or just your eternal praise and admiration. Whatever you wanna do, friends.

(featured image via Bleeding Cool, all others via BBC)