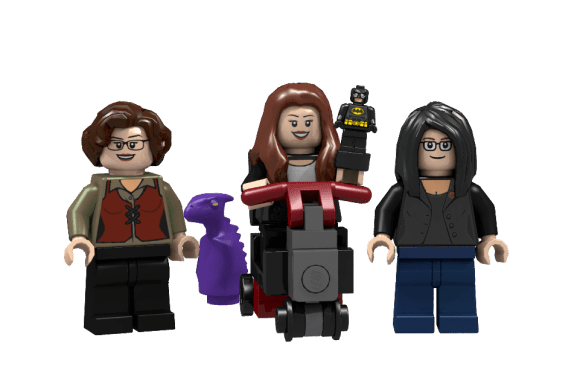 The folks behind this Lego Professor Xavier’s school wanted to thank us for covering them, and offered to make Lego minifigures of us. We didn’t refuse, because who would refuse that and so I give you The Mary Sue’s full time writers, as minifigures. Left to right: Rebecca, Jill, and Susana. And now we all have new Facebook profile pics.