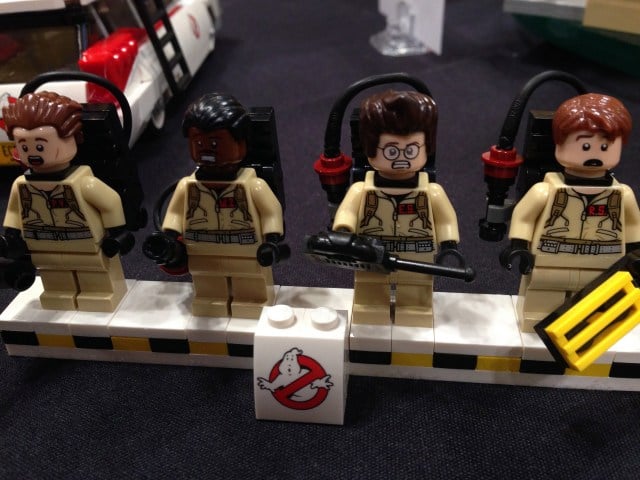 Yesterday we were given the chance to take a look at LEGO’s new toy lines at the Javits Center in New York as part of this year’s American International Toy Fair. Everything was, as the song goes, awesome.

First of all, we’ll be honest with you: the main reason we were there was to look at the CUSCOO created Ghostbusters set, and it did not disappoint. It’ll also be released sometime in June for $49.99, so start putting aside some money now. 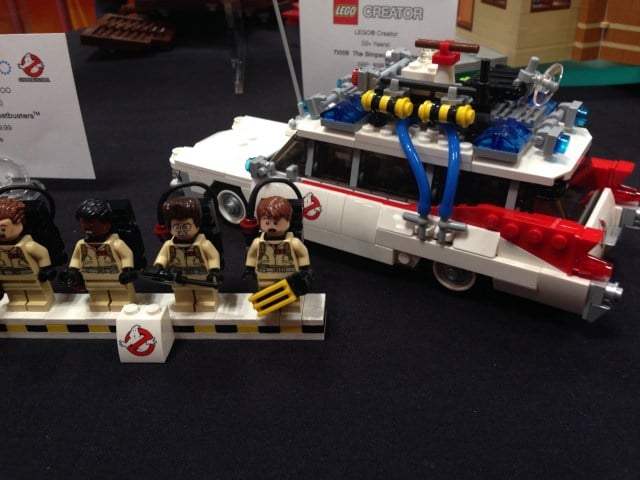 Next to the Ghostbusters was the official Simpsons house set, which’ll be available some time in February for $199.99. Trust me, it’s worth every penny. Every detail is terrifyingly accurate, right down to the I.D. badge on Homer’s chest. 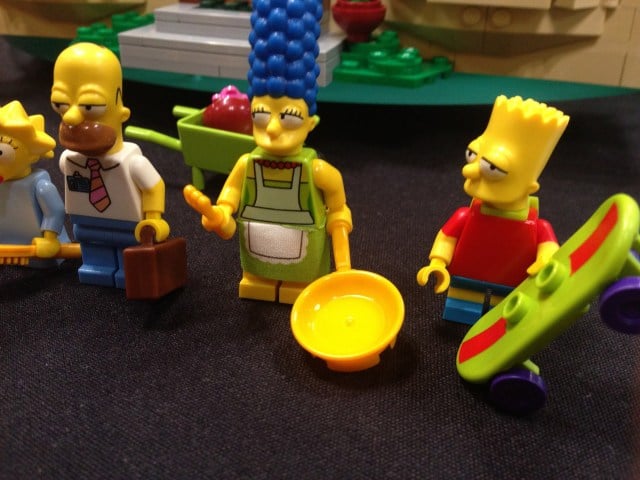 Endless side eyes from Marge Simpson.

The latest additions to the Star Wars line were also extremely awesome. The re-released Mos Eisley cantina replica in particular caught our eye ($69.99, available in August), in no small part due to the adorable little Greedo minfig that comes with the set. According to LEGO’s rep, he’s the first and only Rodian minifig they’ve ever made. He also did not shoot first. Okay, maybe the LEGO rep didn’t say that, but I could tell he was totally thinking it, because that’s the correct opinion to have. 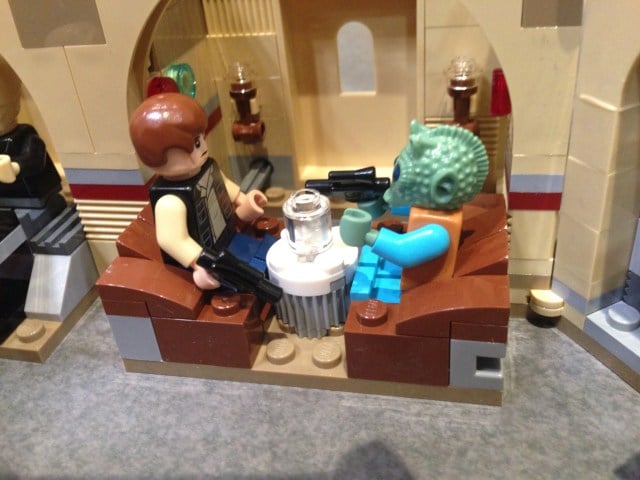 Sure, Greedo’s weapon might be raised, but that’s just how cool Han is. He can shoot first from that angle.

There were also a fair number of sets based on the upcoming Star Wars Rebels TV show, including a super cool lady Twi’lek who, sadly, was the only new female minifig I could find in the whole lineup. Her name is Hera Syndulla, and she’s my new favorite. She’ll also be a part of “The Ghost” set ($89.99 in August), which comes with a VCX-100 light freighter ship that’s apparently “the Millennium Falcon of Rebels.” 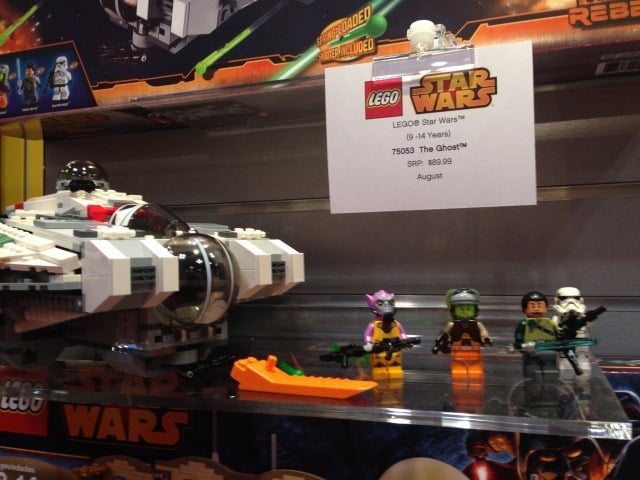 We also got some cool pictures of the DC and Marvel superheroes line. LEGO Batgirl now exists, which is basically everything I’ve ever wanted in life. There are also new figures of Nightwing, The Flash, the Penguin, the Joker, the Riddler, the Falcon, the upcoming movie version of Electro, the Ultimate Spider-Man TV show version of Mary Jane, Magneto, Storm, and MODOK. MODOK! He’s amazing. 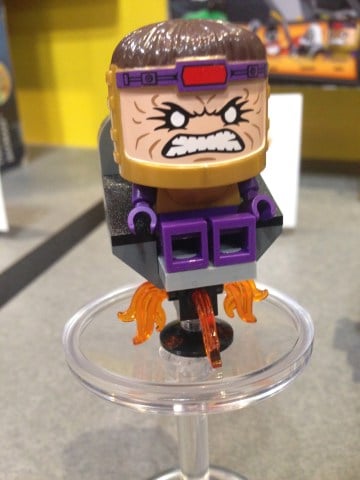 Unfortunately we were not allowed to take pictures of the Guardians of the Galaxy, Minecraft, or Teenage Mutant Ninja Turtles movie LEGO sets, but they were admittedly pretty rad. There’s a new head mold for the movie turtles that’s different from the cartoon-inspired line, some kind of a redheaded female minfig that we think might be a villain (unless it’s April O’Neil? It was hard to tell), and one of the movie sets included some prominently featured ooze, so we think it’s safe to say that this particular part of the turtles’ origin is going to stay relatively intact. The new Minecraft toys looked great as well; they were much bigger than the currently available LEGO Minecraft set and included a number of animals in addition to the standard avatar and creeper.

As for the Guardians of the Galaxy sets, there was a lot to take in, including a giant Groot brick-build fighting what looked like Nebula (and yes, she was  blue and bald and 100% awesome), a Rocket Raccoon minifig, and a bunch of cool ships that’ll hopefully be seen in the movie as well.

Speaking of movies, of course there was going to be a lot of great Lego Movie sets, including this one: Metal Beard’s Sea Cow. 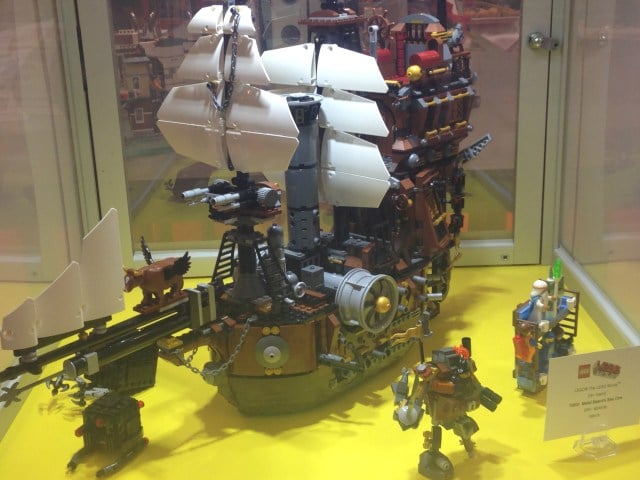 The LEGO reps were pushing this one hard, and for good reason: in addition to be a giant awesome ship, it’s also the only set where you can find the double- decker couch, as well as an awesome brick-build and minifig of Metal Beard himself. Also, it “includes a cow with wings!” according the press information.

Not enough for you? We also have a gallery of the rest of our pictures to click through, too.