*makes the weird hand signal* *rubs temples with it* 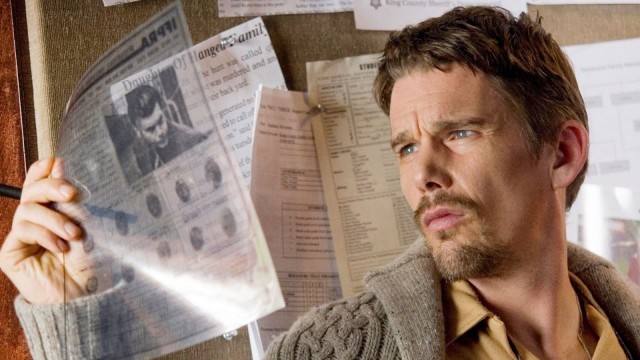 I love ya, Hawke, but seriously, Marvel? The solution to your Doctor Strange casting is staring you right in the face.

It’s true. Marvel’s Doctor Strange project has a filming location, as well as a release date, but officially no lead. Previously, it was thought Joaquin Phoenix basically had the role of Doctor Strange all wrapped up, though that never felt quite right to me. Indeed, many other names have been tossed around by fans as to who could play Stephen Vincent Strange such as Pedro Pascal, Sendhil Ramamurthy, Edgar Ramirez, and my personal favorite, Oded Fehr…but I don’t believe anyone has uttered the name “Ethan Hawke.”

Take this with your usual grain of salt if you like but This Is Infamous says:

After working their hardest to try to convince Joaquin Phoenix that he’s the right fit for DOCTOR STRANGE, it appears Marvel Studios has moved on after coming to terms with the fact that that marriage isn’t going to happen, and according to my sources, they’ve already found their long-term rebound. Ethan Hawke is their new guy, having offered him the role on Friday. I hear Hawke accepted the job over the weekend, and things have quickly progressed into contract talks, with a six-picture deal being what Marvel is hoping to lock him into.

They note Hawke’s connection to director Scott Derrickson, having previously worked with him on Sinister, but I’m just not feeling this one. How about you?

(via This Is Infamous)