Disney And Marvel Need to Stop Being Afraid of Political Art 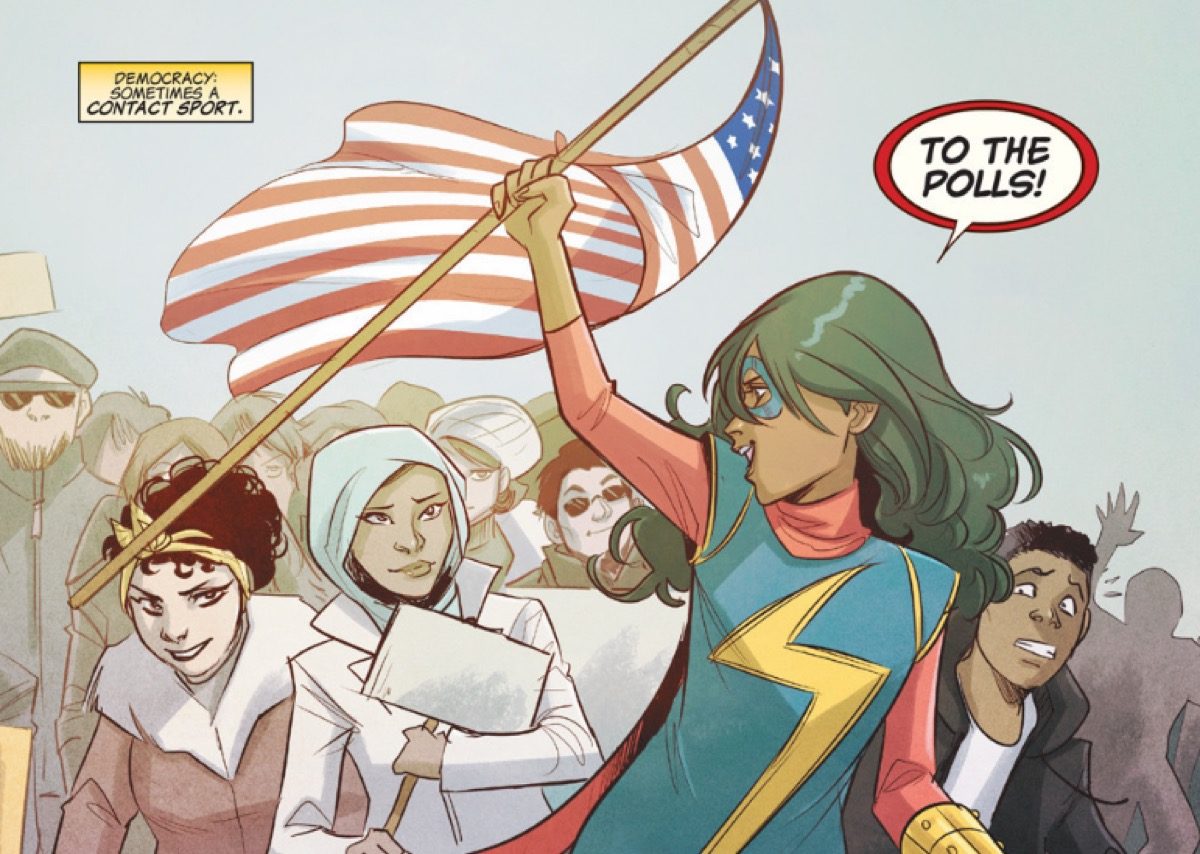 Last week, news broke that Disney was concerned about Jojo Rabbit, the upcoming anti-hate satire directed by Taika Waititi that the studio acquired when they bought up Fox, because it might alienate some of their audience, with Waititi also slated to direct another Thor movie for Disney-owned Marvel. Over the weekend, it was revealed that Maus creator Art Spiegelman was asked to remove part of his introduction in an upcoming collection of Marvel comics because it directly referenced Donald Trump as a political danger akin to the rise of fascism in Europe in the 1930s, and Spiegelman fought back by pulling the whole essay and giving it to The Guardian instead.

While the latter is sadly unsurprising—Marvel Entertainment Chairman Ike Perlmutter is a big Trump donor—this still shows an active choice by our entertainment giants to stay out of real-world politics, even though we are at a time when art should not be apolitical.

The Jojo Rabbit controversy, if it can even bet termed that, is frightening from a creative standpoint (why shouldn’t art make people uncomfortable?) and from a monopoly standpoint (Disney has ever-growing power to stop auteurs from making creative films as they churn out remake after sequel after remake), but it also shows a lack of desire to take any open political stance, even against Nazis. While their Marvel and Lucasfilm films tend towards the political—especially now that Perlmutter has no say over Marvel movies and the company’s Kevin Feige can tell the stories with the diversity he wants—the Disney fare being churned out nowadays is deeply apolitical.

It’s fair to say that the company suddenly having concerns about Jojo Rabbit, a film by a Jewish Māori director, speaks to a desire to not have any open political affiliation, which I suppose is their choice to make, but they’re getting worried over a film that’s anti-Nazi. Being anti-Nazi should not be a controversial choice. If they’re worried about alienating any alt-right fans of Marvel, I’m sure Waititi’s decision to tackle colonialism in Ragnarok and his choice to bring back Jane Foster as Mighty Thor are going to do that plenty. And if those fans are alienated, that is not a bad thing.

With Spiegelman, this aversion becomes even more insidious, because it’s trying to erase the deeply political history of Marvel comics. In Spiegelman’s essay published in The Guardian, he writes that “the young Jewish creators of the first superheroes conjured up mythic – almost godlike – secular saviours” and that “In today’s all-too-real world, Captain America’s most nefarious villain, the Red Skull, is alive on screen and an Orange Skull haunts America.”

Spiegelman also said that he was told that Marvel is not allowing their publications to take a political stance, which is why he pulled the essay. The idea that Marvel wouldn’t want to take a political stance against fascism, when their Jewish creators deliberately positioned these heroes to be fighting against fascism, is ridiculous. Comics, and art, have always been political. To erase that history in favor of a blandly apolitical approach is a slap in the face to the legacy of these writers.

Now, at a tumultuous time in history, we cannot afford to be apolitical, which is a political choice, in and of itself, to maintain the status quo, which is not in any way neutral, as it’s made out to be. When the biggest studio and one of the biggest comics publishers refuse to engage with political material, they are making a choice to turn away from the current cultural moment and try to pretend as though all is well. And while that might work for some projects, to continuously be afraid of making or releasing any political projects is a cowardly move, and it’s disturbing in conjunction with a company like Disney continually absorbing the competition.

The more the power to make mass market art is consolidated, the harder it is for that art to make the statements we desperately need to hear from it.