And he's milking his office for personal gain! 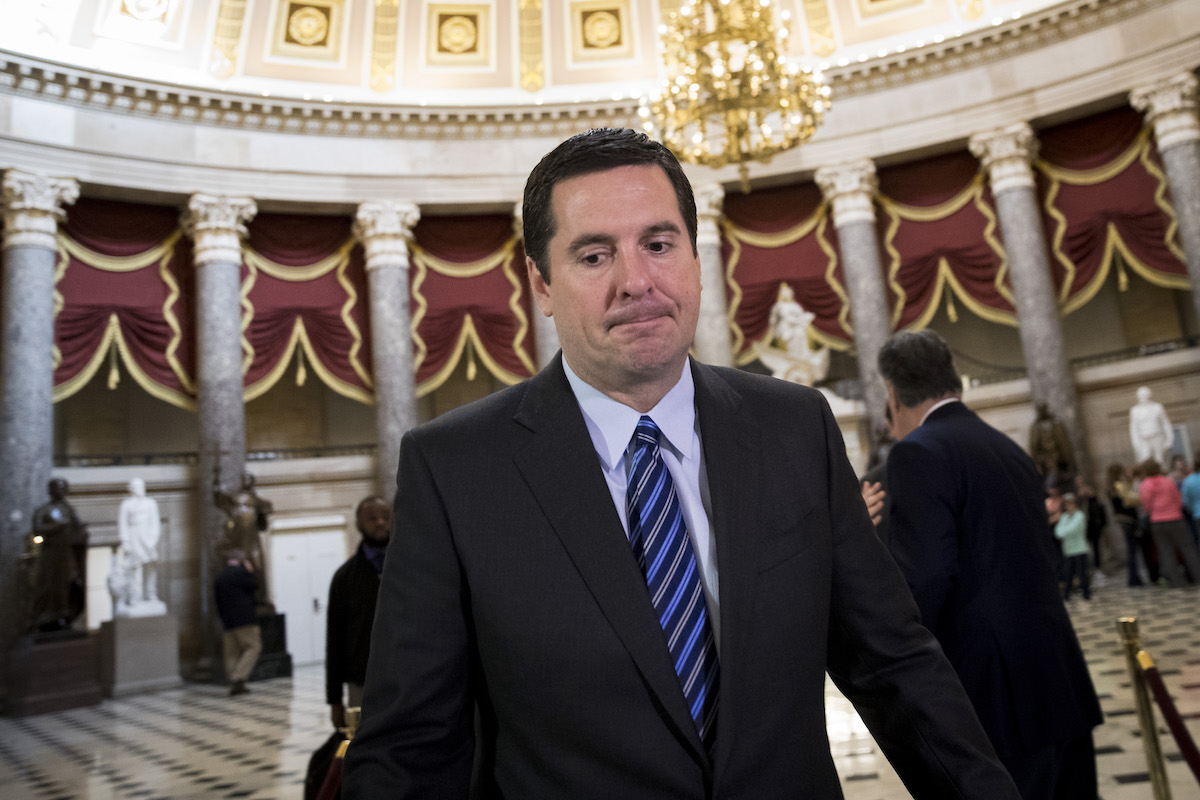 Congressman Devin Nunes does more with his time than sue imaginary cows and make our democracy look bad in the impeachment inquiry hearings, but he also somehow found time to meet engage in his own backdoor meetings with Ukraine to get them to investigate Joe Biden in a meeting organized by now-indicted associates of Rudy Giuliani.

To understand why this is a big deal, you need to understand the Giuliani of it all. I recommend you read the linked piece, but the short version is that two men who worked with Giuliani in “investigating” Ukraine but who were actually (allegedly) buying off members of congress were indicted last month. One of these associates of Giuliani, Lev Parnas, has entered into extreme covering his own ass and throw everyone else under the bus territory.

In a plan rife with irony and hubris, it seems as if Giuliani, Trump, and other associates sought to hide their own corrupt dealings with Ukraine by fanning the flames of the Biden investigation and that’s where Devin Nunes comes in. According to lawyers for Parnas, Nunes met with a former Ukrainian prosecutor in last year to discuss digging up dirt on Biden.

And the ranking minority member of congress on the committee investigating this? Devin Nunes.

These revelations sparked the hashtag #DirtyDevin to trend on twitter on Saturday, amid calls for Nunes’ resignation, or at the least his removal from the House Intelligence Committee investigating the president. There’s also calls and murmurs for Nunes, like Giuliani, to be subject to criminal investigation for his actions because he, unlike a sitting president, can be indicted.

We knew Nunes was bad. We knew he milked his own campaign to buy himself presents. We knew he was petty enough to, and we cannot stress this enough, sue a fake cow on twitter. But this? This is impeachable corruption that should see him removed from office. I’m sure he’ll be uncowed by the accusations and double down in his attempts to butter up the president, but I don’t think, or at least I hope, that this is the kind of scandal he can’t escape.