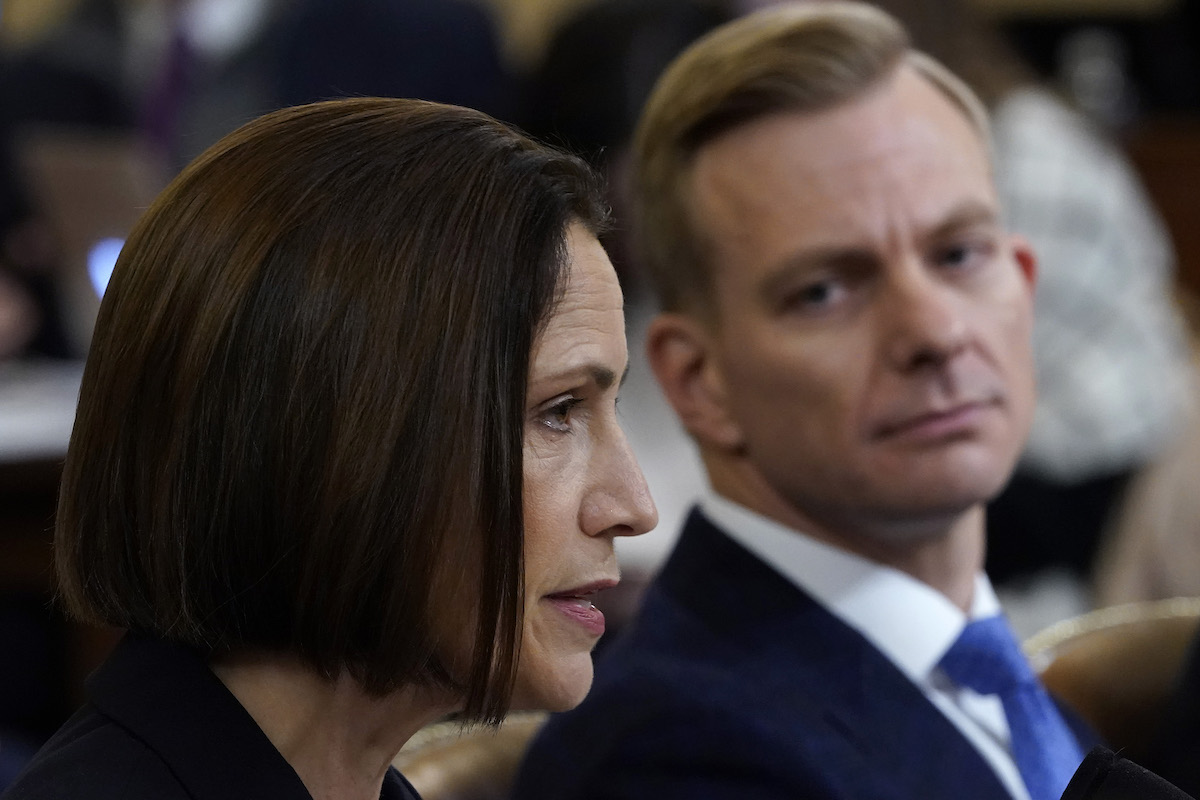 In today’s impeachment hearing, Dr. Fiona Hill, a former top presidential advisor on Europe and Russia, shut down one of the GOP’s go-to conspiracy theories.

Trump, Rudy Giuliani, Devin Nunes, and other GOP lawmakers, along with rightwing media outlets, have been pushing what she called a “fictional narrative” that it was Ukraine, and not Russia, that sought to interfere in the 2016 presidential election.

First of all, if you haven’t watched today’s hearing, to set the stage, you need to understand what kind of person Hill is. She’s this kind of person:

Fiona Hill, at 11: “She put the fire out with her hands, and finished the test.”https://t.co/6cqMVf1Wqm pic.twitter.com/gqSh4WZ0N6

She began her opening statement by expressing her pride at being “a nonpartisan foreign policy expert, who has served under three different Republican and Democratic presidents.”

“I have no interest in advancing the outcome of your inquiry in any particular direction, except toward the truth,” she said.

So far, the impeachment witnesses have not pushed back against the GOP’s Ukrainian conspiracy theory, but Hill did today.

“Right now, Russia’s security services and their proxies have geared up to repeat their interference in the 2020 election. We are running out of time to stop them.”

“Based on questions and statements I have heard, some of you on this committee appear to believe that Russia and its security services did not conduct a campaign against our country—and that perhaps, somehow, for some reason, Ukraine did,” she told the committee. “This is a fictional narrative that has been perpetrated and propagated by the Russian security services themselves.”

She says that the fact that Russia successfully interfered in our election is “beyond dispute, even if some of the underlying details must remain classified.” The impact of that interference, she says, “remains evident today.” Russia had a goal of sowing discord among Americans and increasing the partisan divide. They obviously succeeded. So who benefits from the GOP’s decision not just to ignore that, but to move the blame to one of our allies?

“I refuse to be part of an effort to legitimize an alternate narrative that the Ukrainian government is a U.S. adversary, and that Ukraine—not Russia—attacked us in 2016,” Hill said today. Of course, that didn’t stop Nunes from revisiting his conspiracy theories, but still, Hill’s testimony has made for a powerful day.

I think I speak for pretty much everyone who follows Russia for a living, Dr. Fiona Hill is pretty much the best of the best and everything she says is worth listening to. #ImpeachmentHearings

Maria Yovanovitch’s and Fiona Hill’s unflappable competence and patriotism is like a commercial for having a woman president in 2020. pic.twitter.com/d5MXTlTnDl