It's a Fraud Guarantee 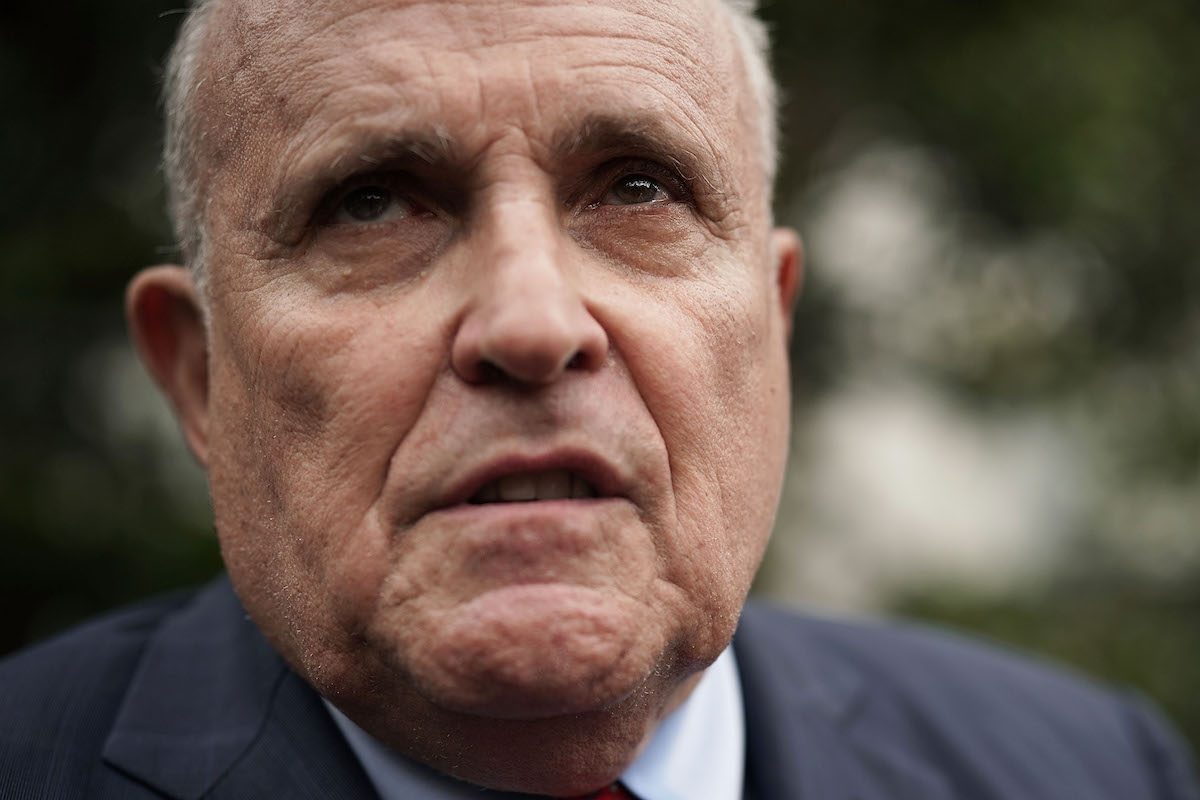 Alright, buckle in because we’re trying to make sense of the deluge of news and indictments that are coming for the man who would be America’s Mayor, Rudy Giuliani. Aside from Trump, it’s Giuliani who is emerging as the key figure (read treason do-er) in the impeachment inquiry. As with most Trump scandals, the accusations the white house is making against others – here, that the Bidens profited from corruption in Ukraine – are actually true of their camp. It’s a complex mess of grift, high crimes and includes company that, I kid you not, was actually called “Fraud Guarantee.”

Let’s start with the background. Rudolph Giuliani was “investigating” “corruption” on the part of former Vice President Joe Biden and his son Hunter Biden in Ukraine. The translation there was he was working to dig up political dirt on the Biden’s for Trump. That’s bad in and of itself, but in this investigation, Giuliani was assisted by two men, Soviet-born US Citizen Igor Fruman and Lev Parnas.

The personal history of Fruman and Parnas reads like a bad TV pilot. The two men owned several business in the US and the Ukraine. Furman specifically owned or owns a beach resort in Odessa, Ukraine called Mafia Rave. He also owned a business that shipped goods between the US and Ukraine. Parnas owned several businesses, including a stock brokerage called Fraud Guarantee. These are bad names, but what they were allegedly doing with their businesses was ever worse.

Parnas and Fruman were arrested on Thursday for campaign finance violations. The were taken into police custody at the airport, where they were attempting to leave the country with one way tickets – not suspicious at all! They were charged with trying to “circumvent the federal laws against foreign interference by engaging in a scheme to funnel foreign money to candidates for federal and State office.” The indicment also includes conspiracy, falsifying records and making false statements to the Federal Election Commission.

Translation: these men were setting up phony companies to launder Ukrainian money, possibly from Ukrainian government officials and funnel it into US elections. Very bad. I’m sure it will shock you to learn that these men donated that money to pro-Trump political action committees America First Action in the amount of $325,000 as well as republican candidates, allegedly, congressman Pete Sessions.

Now, how is Giuliani getting pulled down by these buddies of his? Well, the contributions to “congressman 1” that came from Ukraine were allegedly tied to the Ukrainian desire to oust Ambassador Marie L. Yovanovitch. That name might be familiar because she was removed, thanks to pressure from Giuliani, Furman and Parnas and she spent most of yesterday testifying before congress in the impeachment inquiry. Giuliani is under suspicion, and under investigation by federal prosecutors in Manhattan for basically lobbying for a foreign power, a big no-no.

What’s not entirely clear is how much the US parties were benefiting from this and how, but it does look like there was money, influence and favors flowing both ways. Ukraine would investigate the Biden’s “corruption” in while the real corruption was happening in the Trump administration, perpetrated by his own personal lawyer and his associates. As with most Trump crimes, he thinks he can accuse someone else of them and make himself innocent.

That’s not the only mind-bending irony here (along with those business names). Trump hired Giuliani as his personal attorney to combat the Mueller probe. Giuliani had receded from public life for a while before Trump hired him, and that included an international consulting business with ties to, you guessed it – UKRAINE! Giuliani was acting as a fixer and lobbyist for Ukrainian interests. Then he got hired by Trump who suddenly comes under the influence of Ukraine…and sees that as an opportunity to demand Ukraine interfere in US elections.So, the man Trump hired to save him from Mueller may be the one that ends up bringing everything down. A fraud guarantee indeed.