In Case You Thought Maybe Devin Nunes Got Over That Whole Fake Cow Twitter Account Thing, He Didn’t 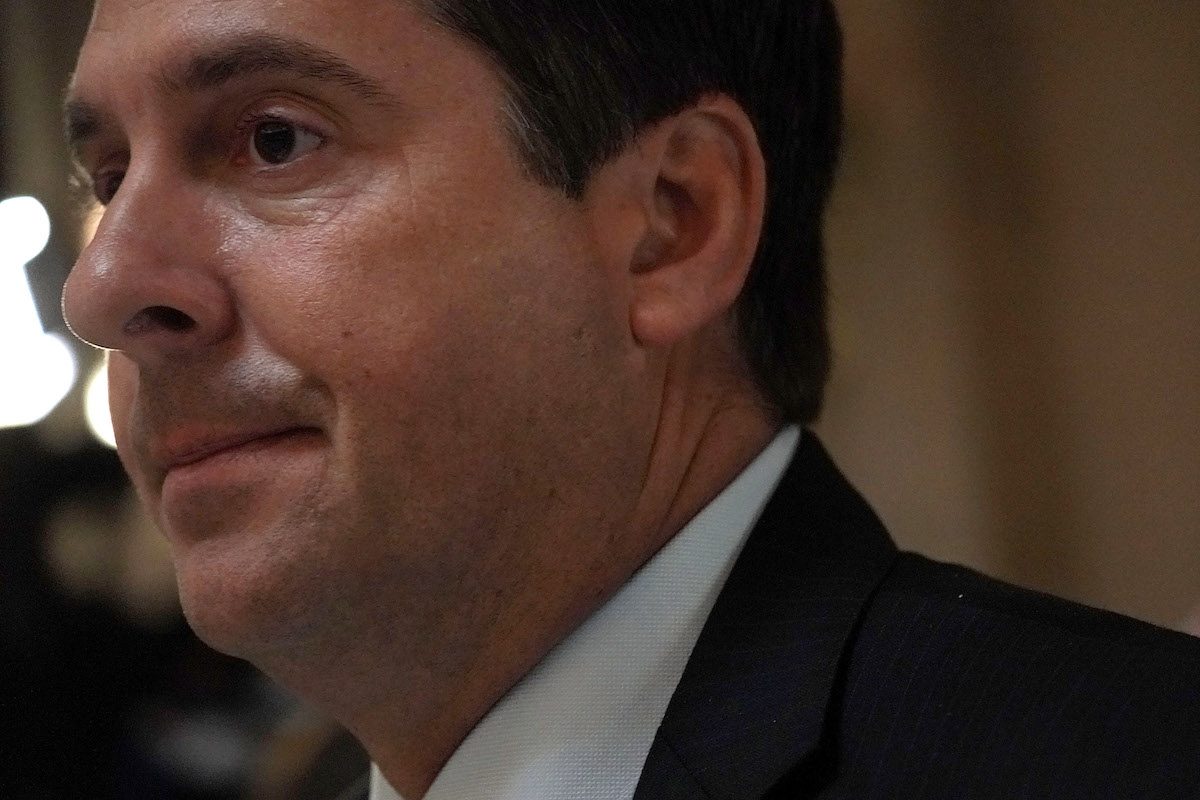 Devin Nunes is known for exactly two things: being one of Donald Trump’s most sycophantic defenders and for suing a fake cow.

All the way back in March of this year, the California Republican Congressman filed a lawsuit against Twitter and a handful of users and accounts. At the time, he cited that favorite Republican conspiracy of shadowbanning, but he was also upset by the existence of parody accounts mocking him, including Devin Nunes’ Mom and Devin Nunes’ Cow.

At the time, @DevinCow had just around a thousand followers. But then, in what might be such a spectacular instance of the Streisand Effect that we need to rename the whole phenomenon in his honor, Nunes threw such a public fit that the account shot to about 100K literally overnight. (Right now it has more than 636,000 followers.)

Now, Nunes has sent a letter to his former political opponent Andrew Janz–a Democrat who is currently running not against Nunes but for Mayor of Fresno–demanding Janz shut down the cow account.

Yes it’s true; a sitting member of Congress wants me to force a fake cow @DevinCow to say sorry. This keeps getting weirder and weirder. -AJ https://t.co/m77St4E7MJ

Janz denies having anything to do with the account (although he does say he knows who runs it), but Nunes still wants him to delete the account, make the account stop tweeting (these are, for some reason, separate demands), apologize to him and his family, and retract tweets he found to be defamatory.

Tweets like, for example, “Devin’s boots are full of manure. He’s udder-ly worthless and its pasture time to move him to prison.” The cow has also called him “a treasonous cowpoke.” So obviously we can all agree Nunes isn’t overreacting. Please, someone call the police. The cow simply must be stopped.

Here’s some advice, Milk Dud. Stay off Twitter. Nobody is making you log into Twitter and read my tweets. Before you sued me, I had 900 followers. You created The Herd. Since you’re suing Twitter, staying off Twitter is just good manners. #FirstAmendment 🐮 https://t.co/n2BQzbHzO7

Nunes is already suing the account and Twitter for $250 million, which I guess is the going rate for hurt Republican feelings. This letter isn’t a new lawsuit but Janz says it’s the “first step” towards one.

And Nunes is no stranger to weird, frivolous lawsuits. Here’s a smattering of the things and people he’s sued this year (via the LA Times):

He sued a stone fruit farmer in rural California for asking Nunes not to call himself a “farmer” (a thing he is not) 18 ballot.

He sued a research firm called Fusion GPS and a Democratic group called Campaign for Accountability for trying to interfere with his sham of an investigation into the Trump.

He sued his hometown paper for defamation for writing about how terrible he is. (Allegedly terrible, I guess, if we’re trying to avoid lawsuits here.)

And he sued Esquire journalist Ryan Lizza for writing about the same sort of alleged terribleness.

Hope Devin Nunes doesn’t file another lawsuit because I’m pretty much out of room on my white board and would have to redo the whole thing. pic.twitter.com/JSJBz8ZGbk

He also notoriously refuses to do town hall events or speak to his constituents in any way–which I’m pretty sure I recall being the reason why the cow account started in the first place.

As for the other thing Nunes is famous for–defending Donald Trump no matter what–his own party doesn’t seem to have much faith in his ability to do that very well. House Republicans are adding Rep. Jim Jordan to the Intelligence Committee (of which Nunes is the ranking minority member) just a few days before their public impeachment hearings are set to begin. Republicans insist Jordan isn’t a replacement for Nunes, just a complimentary presence, but literally no one believes that.

Which means the GOP has more faith in Jim Jordan, the man who is currently facing renewed accusations of ignoring rampant sexual abuse under his watch as an Ohio State wrestling coach, than Devin Nunes. Which says everything we need to know about Nunes, Jordan, and the Republican Party itself.