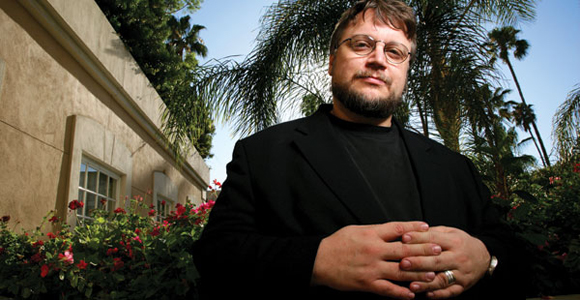 The phrase “post-production 3D conversion” usually evokes a strong reaction in movie goers. Many aren’t fans of 3D in general so when it’s done after the fact, and sometimes against the director’s wishes, it’s even worse. But then there are those times when a director who was previously against the idea, changes his mind. Like Guillermo del Toro with his sci-fi disaster film, Pacific Rim. I’ll let him explain.

Earlier this month we heard the news of Pacific Rim getting the annoying post-conversion treatment. Del Toro has never made a 3D film, in fact, he specifically said it wouldn’t work for Pacific Rim because of the size and scale of his creatures. But in an interview with Shock Till You Drop, del Toro explains why he changed his mind and why it’s his right to do so.

What happened was, in the weeks and months following Comic-Con, what I asked from the studio was to agree to four points that I wanted to do. The more the ILM shots arrived, the more I realized that there were only a few shots that would miniaturize. I asked the studio, number one, that we would not hyper-stereo-lize the thing. That we would not force 3D on the beauty shots. That we would keep the giant dimensions. They agreed. Number two, they agreed to something very unusual. Normally a conversion takes a few weeks. I asked to start it immediately so we could take the full 40 weeks to do the conversion. As an example, ‘Titanic’ took about 50 weeks to convert. The final thing that I asked that they agreed to, which was amazing, was that I asked them to give me an extra budget, which is considerable, to actually have ILM composite the shots that are CG native 3D. We’re not giving elements. ILM is giving the composite in 3D from the get-go. That’s a huge, huge element. Now I’m going to be involved in supervising it.

Well, whatever works for you I guess. Though I’m sure some fans will still be angry. Here’s what del Tor thinks about that.