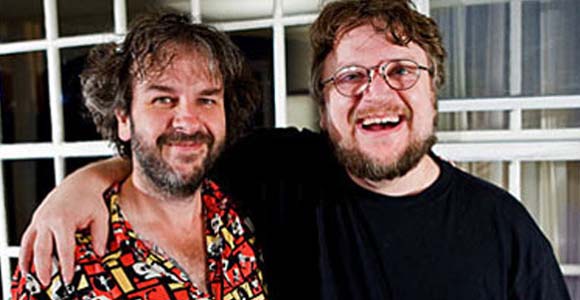 Remember that time, way back when, when Guillermo del Toro was going to direct The Hobbit? My first reaction was, “Blasphemy! No one but Peter Jackson must do this film(s)!” But then I got to thinking, “What would a del Toro Hobbit look like?” For one thing, I knew it would scare the crap out of me, much like the original novel and Rankin/Bass animated film, and well, part of me wanted just that. Like myself and many others, io9.com was curious about del Toro’s version so they went ahead and asked Jackson what, if anything, of del Toro is left behind in his new trilogy.

Del Toro spent eighteen months working on the world and creatures of The Hobbit before delays caused him to exit the project. While Jackson took over, at least some of del Toro remains.

“[Guillermo] had designed a lot of the movie in the way he was going to shoot it and I looked at his designs when I ended up taking over, and a lot of his designs are very Guillermo,” Jackson told io9. “Which is great, and that was the whole beauty of him doing it at that stage, it was very much stuff that you would recognize from Pan’s Labyrinth or Hellboy. It was his artistic vision and I couldn’t make that movie. I looked at his designs and I felt the only person that can make a Guillermo Del Toro movie is Guillermo and it shouldn’t be me.”

And therein lies the problem. Jackson has never directed anyone else’s script.

“Every film I’m ever made in my life, I’ve been involved in the scriptwriting,” he said. “I just can’t do it. I can’t put my head into somebody else’s idea, I have to generate it from the beginning. So I redesigned the film pretty much.”

But rest assured, Jackson says del Toro’s “DNA” is still in there. “There was definitely things he did that I thought were cool and I’ve kind of taken bits of pieces of his stuff and altering it and changing it as I saw it. But the film was largely redesigned,” said Jackson.

So there you have it, folks. Meanwhile, del Toro is busy with about 1,000 other projects so let’s pool our collective mind-power to influence him to release the original designs some day down the road. Hopefully before The Ultimate Hobbit Spectacular Extended Edition is released…