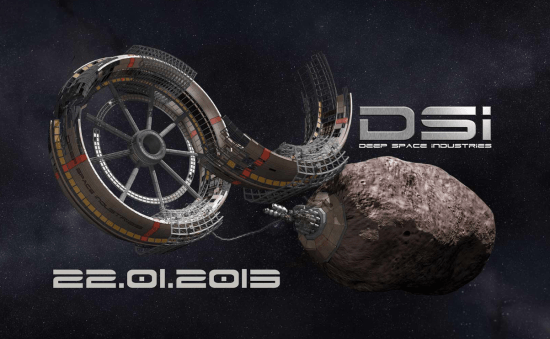 Asteroids have been catching our attention a lot lately. Apophis was found to be larger and more dangerous than initially believed just in time for it to pass by Earth at 9.3 million miles. NASA has a potential plan to give the Moon its own moon by capturing an asteroid. The European Space Agency is sending up a pair of craft to test asteroid deflection methods. Now the startup Deep Space Industries plans to send “FireFly” spacecraft to explore near-earth asteroids to see if they can mine them for resources.

Deep Space Industries wants to send FireFly spacecraft to nearby asteroids starting in 2015. These craft will be unmanned, so it doesn’t look like Nathan Fillion will be getting involved just yet. The goal of the FireFly craft is just to do an initial exploration, but asteroids identified as possible candidates for mining will get a follow-up visit from the FireFly’s heavier, more capable sibling the DragonFly. The DragonFly crafts will bring samples back to Earth to be tested somewhere between 2016 and 2020. That’s the thought, anyway.

If Deep Space Industries gets an asteroid mining operation up and running it could mean getting things like materials and fuel for spacecraft sourced from space rather than Earth. They also claim to have a patent pending on a method of 3D printing with metal in zero gravity they call a “Microgravity Foundry.”

If only there were some successful director, with an attachment to the name “Firefly” that could help Deep Space Industries out. Joss Whedon, how about you kick in a little of that Avengers money for some asteroid mining research?

(via The Verge, image via Deep Space Industries)