Deep Down is an Actual Thing, Will be Playable at TGS

Get ready to fight some dragons and undead! 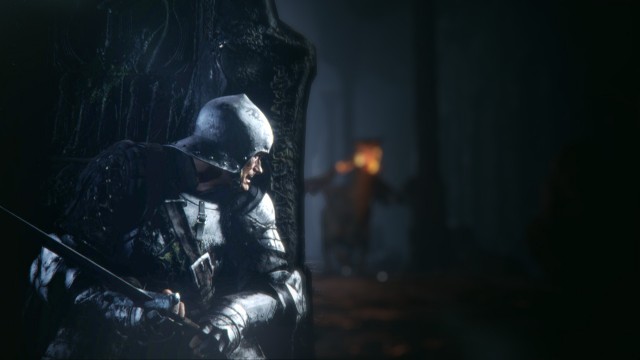 Remember that all-gameplay video Capcom showed off at the PS4 reveal earlier this year? The one that kind of looked like Dragon’s Dogma, but super beautiful? Well, it turns out that wasn’t just a tech demo: it’s a real game that’s actually happening.

As everyone kinda expected, the game will be an RPG. But apparently it’s not going to be a regular ol’ roleplaying game — instead it’s a “memory-reading RPG,” as Capcom said in their Network Games Conference. The fact that it’s being developed by Capcom Online Games highly suggests that interacting with other players online will be intergral to the way the game works.

On top of this news, Capcom also made a brief trailer of the game to remind us how great it looks:

As of right now it’s still a PS4 exclusive, but considering that Kingdom Hearts III and Final Fantasy XV were quickly confirmed to be released on the Xbox One as well as the PS4, it wouldn’t be too surprising if Capcom retracted the exclusivity at some point.

If you happen to be at the Tokyo Games Show between September 19 and 22, you’ll have the opportunity to play Deep Down for yourself and see its glorious Panta Rhei engine in action. I’m really interested in this one, especially since Yoshinori Ono — who is basically the only cool guy at Capcom now — has some involvement in the game. Don’t let me down, Ono-san!