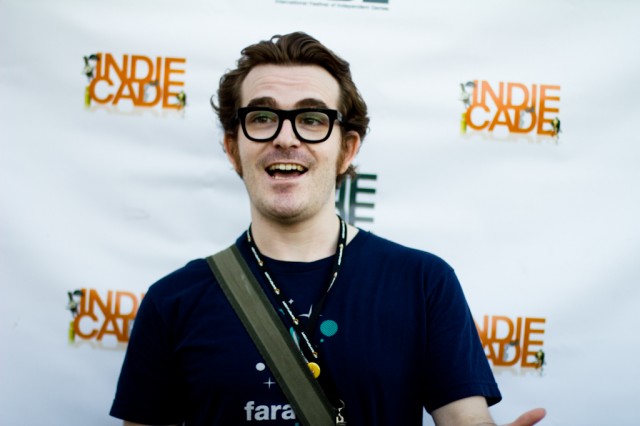 After four days of controversy and Internet arguing among the gaming press about his disappearance, Phil Fish has returned to Twitter. In typical Fish fashion, his post isn’t some obligatory “I’m back!” kind of thing– it’s a Vine of two rubber toy dudes wrestling each other. I can’t think of a better showcase of why people love him, or hate him.

Our speculation on the meaning behind this Vine, where the dark blue figure ends up on the ground while the light blue figure rises up and raises his right hand in what appears to be a symbol of victory, is that his creative desires are struggling with the outside world.

Fish knows he finds the most joy and creative outlet in video games, and truly wants to keep making them. But he envisions so much of the community and journalists behind modern gaming as inhibitors; as people who are smothering him in bad decisions and insults and generally making him question what he truly loves.

After this deep clash, the brighter figure emerges victorious. This could be his way of saying that he feels he gave in to the wrong, and is ready to go on with reinvigorated style. Of course, this is entirely imagination. He could just have posted this to mess with everyone, or maybe he just thought it looked cool. Either way this is a perfect example of Phil Fish being himself and not raging. Feel free to interpret it for yourself and tell us what you think in the comments.