Somewhere, beyond the sea... 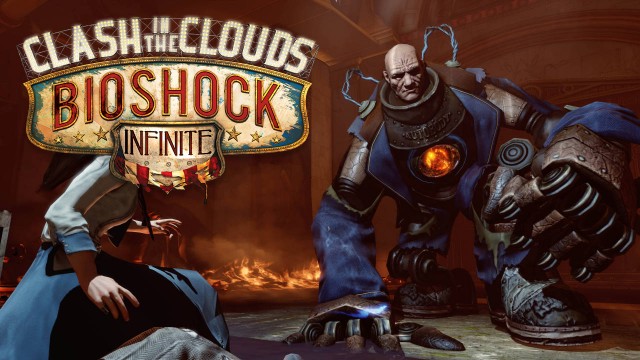 The first DLC for Bioshock Infinite is now available! Clash in the Clouds isn’t a continuation of the story as much as a glorified battle arena, but that’s fine. The next DLC for the game, Burial at Sea, will have Booker and Elizabeth travel to the setting of the first two BioShock games, Rapture.

Admittedly, it’s kind of weird that Ken Levine and Irrational Games have chosen to take this route since Infinite was meant to be a departure from the previous two games. It’ll be cool to see how they take on Rapture 6 years later, considering they had no involvement in the polarizing BioShock 2. But easily the most exciting thing about this reveal is that Elizabeth will also be playable! Considering how much Infinite players loved the character and wanted to see more of her than just someone who threw ammo and coins at them, this should be a treat.

The art that came with the reveal has a classic film noir style, which definitely captures my interest. You’ll have to wait a bit for Burial at Sea, but Clash in the Clouds is out right now. If you dug Infinite’s combat, then it’s definitely worth picking up, especially with its scant $5 price tag.