DC Comics Nielsen Survey Results Are In, They Are Interesting | The Mary Sue

DC Comics Nielsen Survey Results Are In, They Are Interesting 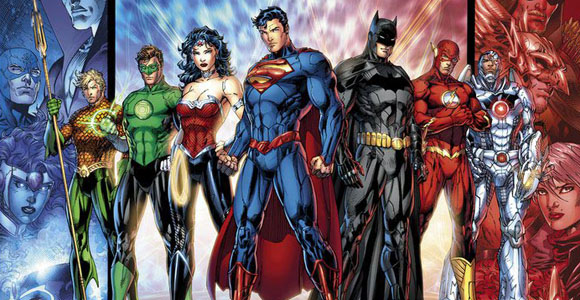 A few months ago, DC Comics teamed up with the Nielsen Company for a consumer research study on their relaunch, the New 52. As soon as fans caught wind, the link to take the online survey spread like wildfire with new readers and long-time readers alike encouraging everyone possible to take it. The results have just been released and well, take a look.

DC gave the results at the ComicPro meeting in Dallas, Texas yesterday of the survey conducted in comic shops (167), online (5,336) and through digital comic retailers (626). On the DC Source blog, they listed these findings (we’ve bolded specific bits):

DC Entertainment’s EVP of Sales, Marketing and Business Development, John Rood spoke more about the results to ICv2. The article states, “Among the key findings of the survey was the fact the ‘New 52’ titles appealed primarily to avid comic book fans, who represented 70% of the survey’s respondents and lapsed readers (more than 25% of in-store consumers were lapsed readers), while 5% were new to comics.” Not as many new readers as they’d probably hoped.

A few things to note:

DC weren’t shy about telling the world they were targeting males 18-34 with the relaunch. Odd, since that was a demographic they already held. Now they’ve proved they still have them. I fear that they’ll take this information and say, “Look! Women don’t read our books, now we can really stop trying to make them accessible.” And not just the publishers but the segment of male comic fans that get annoyed whenever a woman writes about their disappointment when it comes to DC or other publishers. And yes, as DC Women Kicking Ass proves, it’s already started. But as DC themselves made sure to point out, this is not a reflection of all comic book readers.

The important thing to remember when reading these results are, nothing DC did for their relaunch was aimed at women, so the results shouldn’t really be surprising. There were titles, like Birds of Prey, that were absolutely female-friendly but unless you were already in the comic world, there was no way of knowing that. From the outside, it looked like business as usual and it turns out, that’s exactly what it was. So yes, sales are up for now but only because you “galvanized the traditional fanbase” and brought back a few lapsed readers.

It comes down to this, DC is working against decades of the notion that men and children are the only ones who read comics. I get that. But guess what? The survey proved that children aren’t even reading your comics. The relaunch was to revitalize your sales, you don’t do that by appealing to the audience you already have. You do that by extending your audience. No, most parents don’t want their children reading comics in which body parts are being severed left and right. No, most women don’t want to read comics where female characters are objectified in the worst ways. You need children and you need women if your business is to continue and thrive. End of story.

It doesn’t stop there though. There’s always room to grow, but the marketing for the New 52, when aimed outside the “geek circle” (which didn’t even extend that far), was gender neutral and missed a slew of opportunities. Take the Demon Knights title for example. It’s a fantasy, sword and sorcery book. Were fantasy communities or websites given opportunities to preview the book to introduce them to a title they might be interesting in spending good money on? No.

Wonder Woman is another great example. She’s an icon whose reach extends far past the comic pages. Was there a feature in Vogue or Elle talking about her updated look (which could easily have extended into an interview about her new direction and reasons why their readers should try the book)? No. They didn’t even go to a popular female-centric site like Jezebel (who may have been more open to the idea than Vogue) and that’s probably because they knew they hadn’t done enough in their relaunched books to make them welcoming to women. Instead, DC hit up regular, every day news sources like USA Today, the NY Daily News, etc. where non-comic readers would most likely pass over a story with a title about comic books. You have to give people specific, compelling reasons they should buy your product, not just say, “Hey, look! We’ve started over!”

I can ignore ignorant internet commenters making throwaway statements that women are wrong to feel the way they do or that we should start our own company if we don’t like the way DC does things, what I can’t ignore or condone is a struggling publishing company fervently ignoring a huge potential audience. For what? To hold on to an outdated notion of what superhero comics are supposed to be?

Another angle to consider, if you aren’t bringing in new readers and aren’t bothering to make books children will read (or be allowed to read), who will be writing your comics in twenty years? Because the people who currently write and illustrate for DC, love DC Comics or they’d be publishing their original ideas elsewhere. Where will your creative talent come from in the future if a younger audience isn’t being draw in now who will grow to love DC comics enough to give you rights to their original ideas?

The bottom line? It’s not that women aren’t reading comics, it’s that a lot of women aren’t reading DC comics and there are legitimate, concrete reasons for that. Why do women make so much noise about what’s going on at DC? They WANT to read your comics. They LOVE your characters. They’re just turned off by how they’re represented. It’s an incredibly easy fix if you’d just try. We know you’re not that oblivious, we know you’re used to doing things a certain way but you’re not going to completely lose 18-34 year old males if you respect your female characters and draw them with slightly smaller breasts. You know what you might do if you try that? More female readers.

We have to remember, this survey wasn’t meant to tell DC what they were doing wrong or what they could do to get more women to read their books (even though many respondents absolutely told them in the space provided). All the survey proves is that your lack of trying to do anything to gain a female audience did exactly what was expected – nothing.

(via ICV2 and DC Source Blog)