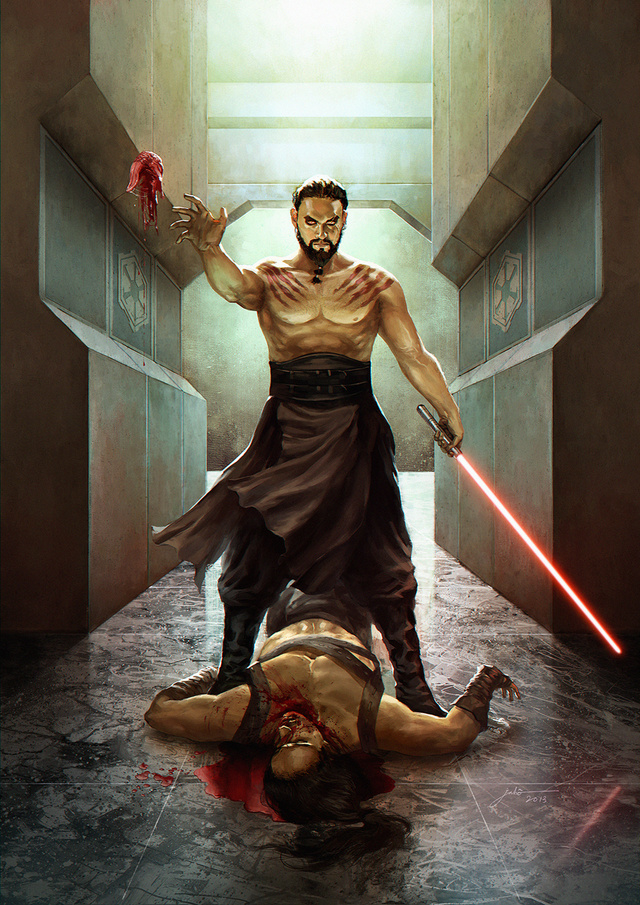 Full disclosure: I stole “Darth Raki” from io9 commenter, TheGreatApe. It was just too good. Anyway, DeviantArt user JB Casacop put together this incredible meeting of Star Wars and Game of Thrones. They said we can look forward to more Star Wars: The Throne Wars and my body is totally ready.