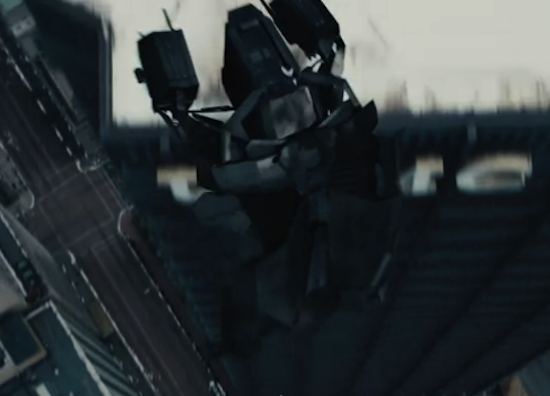 It’s been a long time since we had a new trailer for Christopher Nolan’s latest Batman film The Dark Knight Rises, and this one doesn’t disappoint. Not only do explosions abound, there’s also a totally sweet skyjacking, some shocking destruction, and tantalizing hints about the actual plot of the movie. And it’s just a hunch, but I have a feeling that “it’s not a car,” is going to be an oft-quoted line come this summer.

One thing that’s worth noting is what appear to be overdub’s of Bane’s dialog. After watching this latest trailer, I went back and watched the second theatrical trailer and the differences were like night and day. While its nice to be able to understand what he’s saying, I wish it didn’t seem so disembodied.

Also, I am in favor of the new Batplane.