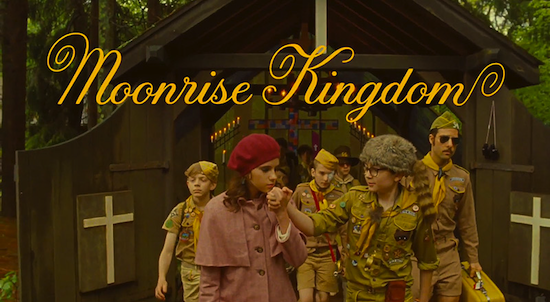 The trailer for writer-director-auteur Wes Anderson’s forthcoming film Moonrise Kingdom has dropped and it looks pretty fantastic. Set in the late 1960s, the film centers around a puppy love romance between two twelve year-olds that culminates in their running away, and the subsequent man hunt. Add Bruce Willis, Edward Norton, Frances McDormand, Jason Schwartzman, Tilda Swinton, Harvey Keitel, and (of course) Bill Murray, and it just gets even better. The 1960s setting and the very young cast are interesting moves for Anderson; he’s used a ’60s aesthetic in a lot of his movies and had very young actors in his movies before, but it will be interesting to see how his directoral abilities and stylized film making will work with the cast. I simply can’t wait for the slow-motion walking scenes and daddy issues. See the trailer, below.

(via The Fox is Black)