Review: Daredevil Season 2 Is Full of Grit, Moral Complexity, and Polarizing Side Characters 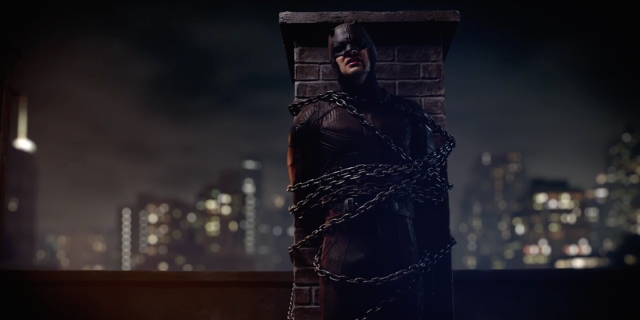 **No real spoilers, but if you don’t want your expectations and assumptions tainted in any way, turn back now.**

It’s been a loooong year waiting for the second season of Daredevil. So, I’m happy to report that season 2 was well worth the wait and, on the whole, an exceptional follow-up to season 1. Much of what’s good about the second season carries over from the first. The sound editing is some of the best I’ve ever heard, and I’ll never get tired of the opening titles.

Charlie Cox is excellent as Matt Murdock, and his ability to emote while maintaining a blank look in his eyes never fails to floor me. Karen and Foggy are more involved in the plot, which is great if you like them (as I do) but, admittedly, less so if you don’t.

The combination of intricate fight choreography and gritty realism continues to set Daredevil’s fight scenes apart in the MCU. Special recognition goes to another one-shot fight scene in episode 3. It feels a little gimmicky, as it’s clearly intended to one-up the hallway scene from 1×02, but … it’s amazing, so I don’t care.

The plot is divided into three arcs: episodes 1-4, 5-8, and 9-13. While I felt that both seasons 1 of Daredevil and Jessica Jones started out strong but lost momentum, that’s not the case here. The final episodes feel a little crowded, but the conclusion is satisfying. It’s the middle arc that slumps, for reasons I’ll get to in a bit.

Frank Castle aka The Punisher is the highlight of the season. Jon Bernthal is fantastic at conveying both Castle’s menace and heartbreak (though his relationship advice to Karen in episode 11 is a little iffy). Castle straddles the role of protagonist and antagonist, and his story is unexpectedly topical as it examines the danger of putting too much faith in either the police or vigilantism.

To my mind, the season’s weak link is Elektra. Yeah, I know …

To be fair, I don’t like femme fatales, so I was unlikely to ever get past Elodie Yung’s coy and breathless performance. Your mileage may vary, but mannerisms aside, my real problem with Elektra is that she feels extraneous to the narrative until the last few episodes. The middle arc slumps because it’s divided between her spy thriller jaunts with Murdock and a  trial storyline to the detriment of the latter.

Murdock lets his co-workers and his client down because he’s too unfocused to be professional, and Elektra actively sabotages the case at one point, albeit unintentionally. She comes across like a spoiled rich girl and Murdock like an irresponsible man-child. Elektra’s maturation and some last minute twists regarding her identity are thrown in too late to change my opinion of her.

On the bright side, I fully expected the show to pit Karen and Elektra against each other as personifications of the lightness and darkness at conflict within Murdock. I thought he would have to reject the “glorious darkness” inside him by turning out Elektra. Thank GOD the show took a more interesting route. However I may feel about her, Elektra is the protagonist of her own subplot, not an accessory to Murdock’s.

Well, sort of. It’s more polarized that season 1. It has higher highs (read: The Punisher) but also lower lows (read: Elektra). Still, it’s a testament to Daredevil‘s overall quality that, even at its worst, it’s still one of the best superhero TV shows around.