Cows Send Texts When in Heat, Probably Qualifies as Sexting | The Mary Sue 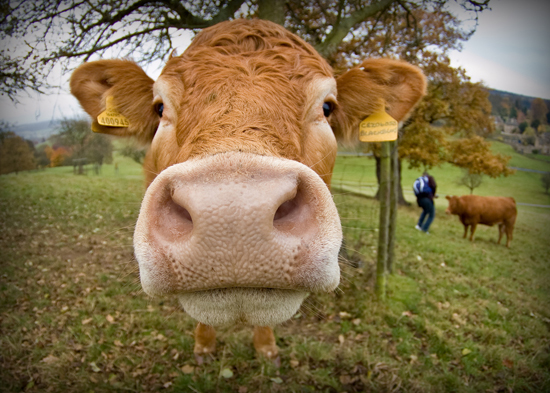 There seems to be a trend going on where we’d rather our livestock electronically warn us of things rather than actually checking in on them. For example, sheep might soon warn their shepherds of attack via text. Not content to let sheep get all the cool gadgets, Swiss dairy cows are about to get in on the action too. Due to the fact that it can be difficult to discern when a cow is in heat, sensors attached should be able to take measurements and alert farmers by text so they know when to inseminate the critters.

Here’s how the system works: Since a cow in heat gets hot and restless, each cow is implanted with two sensors: a thermometer in the genital area, and a motion sensor on the neck. When the sensors register that both qualifications are met (the cow is both hot AND bothered), they send the farmer a message.

Apparently, bull semen is expensive, thus making the whole process an expensive one. Getting cows inseminated at their most fertile is obviously a goal here, but one can only imagine the horrifying sexts that will be sent.