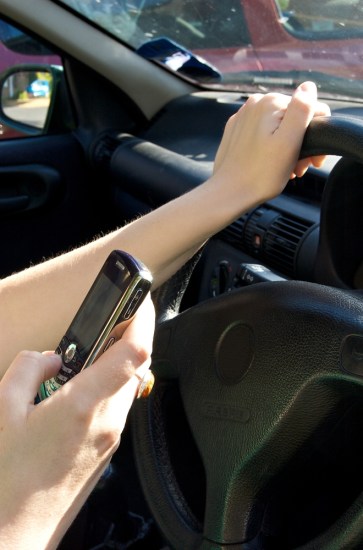 The original case deals primarily with a driver who, while texting, crashed his truck into a few motorcyclists. The driver, obviously, is being held responsible for the damage in a civil suit, but this recent ruling came about when the attorney representing the motorcyclists attempted to drag the driver’s girlfriend into the case. The argument was that by texting her boyfriend, whom she knew to be driving, the girlfriend was “electronically present” and contributed to the accident.

While it may be tempting to drag the texter into the case — as opposed to the textee who is already involved — considering that it takes two to text, the logic is inherently flawed because texting isn’t a real-time interface. Even if the texter knows the textee is driving (or operating a forklift, or performing surgery), the argument of “A text doesn’t necessarily require immediate attention; I thought he’d have the common sense not to check his phone while [x], or to have put his phone aside in the first place” is pretty unassailable. Besides, if you were held responsible, anyone or anything that can prompt a phone to beep or display a notification is suddenly at risk of being responsible for who knows what. This is, presumably, why the judge ruled that the texter in this case could not be involved in the civil suit.

Still, now that the term “electronic presence” has been thought up and used in public, you can expect it to become a contentious matter in the future. What constitutes “electronic presence” and what it might actually mean is anyone’s guess, but the ruling in this case seems to be a good start on keeping that definition somewhat reasonable.