Sheep Could Soon Warn Their Shepherds of Attacks by Text 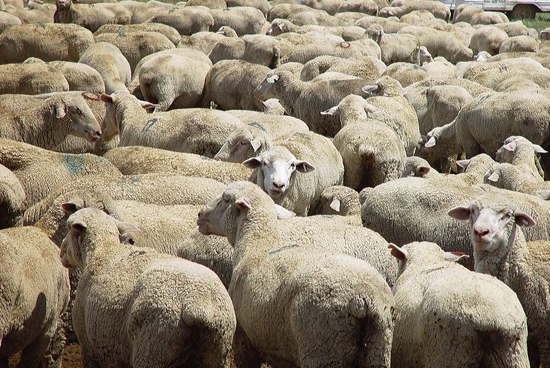 Shepherding is a thing that still exists. Somebody’s got to watch all those sheep. Sometimes, though, the flock is small enough to be a shepherd’s entire livelihood while also not affording them the use of a dog to ward off predators. In order to curb this issue, scientists are working on a system of heart rate monitors for the woolly beasts that could eventually warn shepherds by text that their flock is in trouble. One of humanity’s oldest professions, meet one of the most pervasive tech advancements of modern times.

The experiment fitted about ten sheep with heart monitors and then simulated an attack with two muzzled wolfdogs. The data gathered from the exercise proved that the heart rate of the sheep increased significantly enough to potentially provide an early warning system to the owner of the flock. One potential issue here is how to cheaply differentiate between fearful rates and, say, excited rates due to mating. The problems inherent in such a distinction provide something of a sticky wicket.

If they can isolate the rates, however, it could lead to collars that release a repellent and send a quick text message off to the shepherd that would hopefully read something like, “Hi, I’m being eaten. Send help.” A prototype for the device is expected in the fall with testing in France and Switzerland next year. Apparently, wolves are still a big deal in some places. Then again, if you had one source of income that serves by living, having it killed would be a major problem.