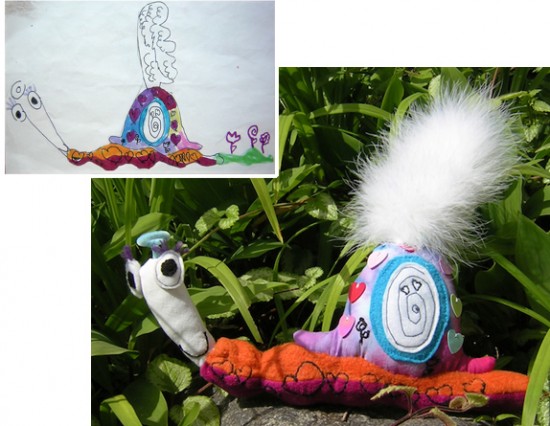 Child’s Own Studio does something pretty neat: If you supply the studio with a drawing a child made, the studio will produce a stuffed toy using the child’s drawing as the blueprint. Are you an overprotective parent who will stop at nothing to make sure your child is both safe from possibly iffy design choices, but also one who makes sure their child gets exactly what they want at all times always? Child’s Own Studio actually prefers you, stating that the more directions provided, the better.

On the site’s official FAQ, it is noted that there isn’t a set price, and the studio will provide a quote once the child’s drawing is received, though standard U.S. and Canadian shipping will cost $15. The toy ends up being around 12 to 14 inches long on average, and the toy takes about 2 to 4 weeks to make once the payment is received, though rush orders are possible, there will be an extra fee for that.

The studio is willing to use material in the toy that has been provided for them so long as it is possible, such as a sentimental blankey, and to prevent any kind of dissatisfaction, the studio will show you pictures of the finished product before they ship it, so they can work out any kinks you may find. They do say they prefer children’s drawings, but they aren’t opposed to special requests from adults. Read on below to check out some of the other completed projects, including an aloof blue cat, a fire-breathing dragon, and a stick figure with a proportionally humongous head. 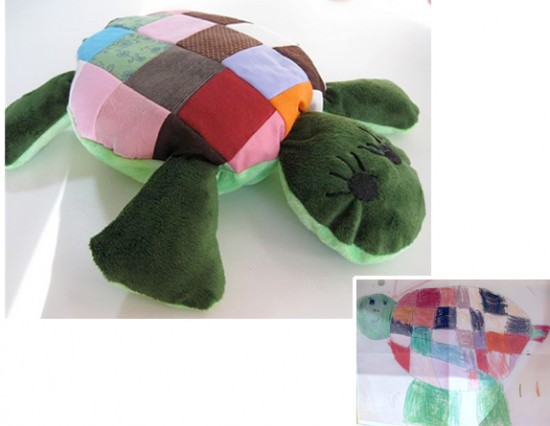 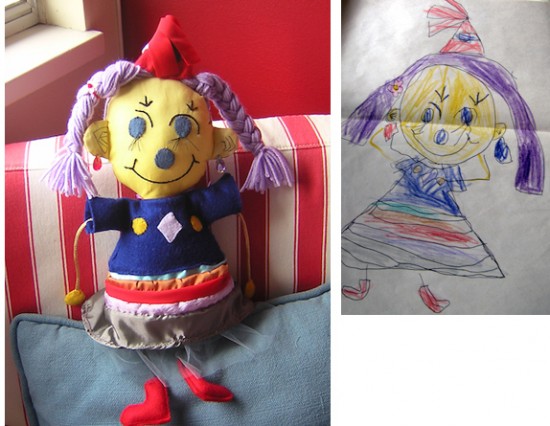 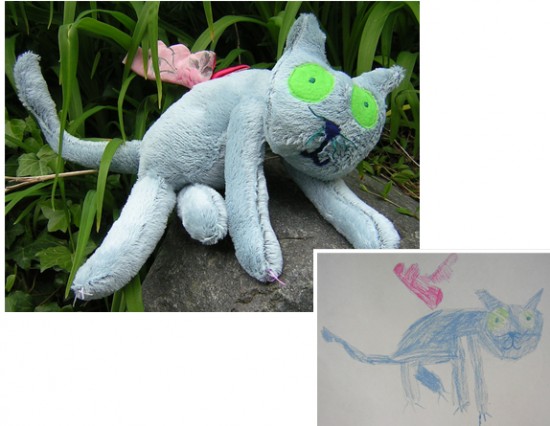 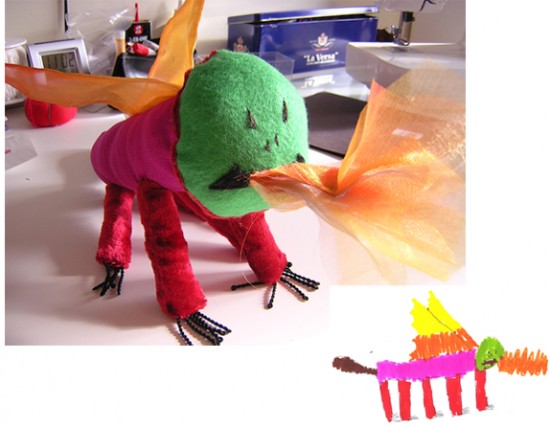 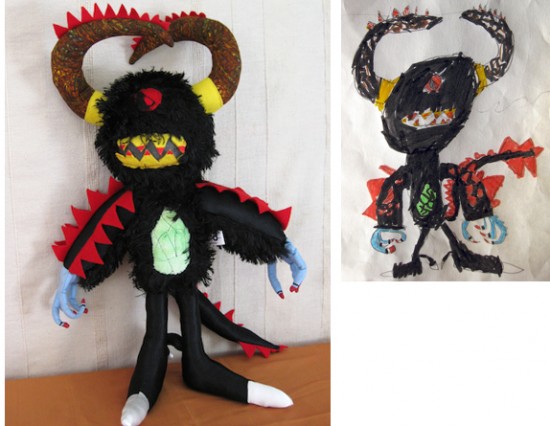 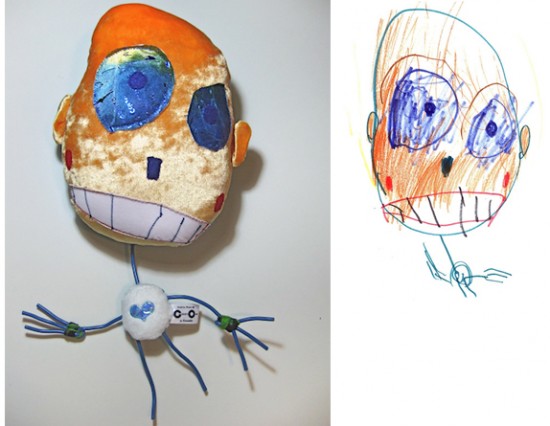 (Child’s Own Studio via Hacker News)