What's really inside the cube? Something sort of interesting, sort of classic Molyneux. 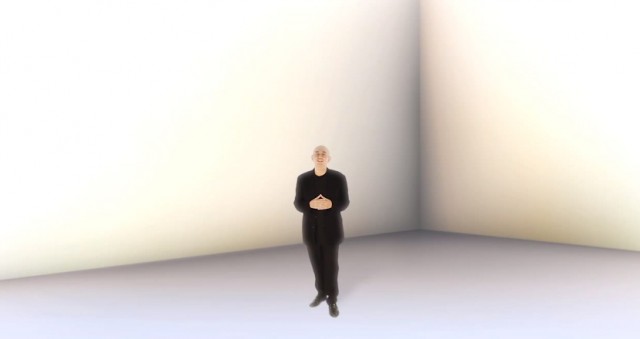 And so it was that Peter Molyneux’s Curiosity — What’s Inside the Cube? “experiment,” facilitated by his company 22Cans, concluded this past weekend. This isn’t all that surprising since they’d shaved it down to just 50 levels less than a month ago. So, the question everyone tapped cubelets for months to answer has finally been answered, and… well, it’s complicated. It might also actually be as life-changing as Molyneux’s claimed.

First and foremost, the final cubelet was destroyed by one Bryan Henderson, 18 years of age, from Edinburgh, Scotland. Henderson had only registered for the game an hour or so before winning. For anyone that’s been tapping away trying to be the one to open it up, this comes as a bit of a blow, but at least it’s over now.

So, what exactly did Henderson get for his hour of play? He’s been offered the position of god to all the other gods in 22Cans upcoming game, Godus. “Every time people spend money on Godus,” Molyneux says in the winning video, “you will get a small piece of that pie.” It’s all rather vague right now, but it does mean Henderson will be making some money off his well-timed registration. Here’s the video that Henderson got to see after getting to the middle:

The reaction from the games industry has been mixed, but a number of influential voices seem pretty positive about the whole thing. Basically, this is a very interesting tactic rather than just a straight wad of cash, and what else would you expect out of Peter Molyneux?

Wow. This is meta and bizarre and a lot of things but I think ‘dumb’ isn’t one of them

On another note, Dan Marshall of Been There, Dan That! totally called it back in December: