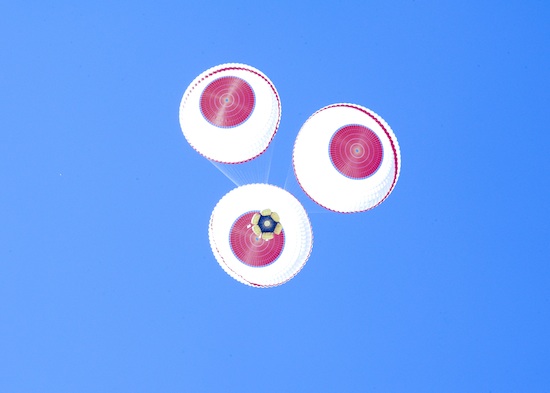 While SpaceX may be leading the headlines as a leader in the commercial space sector, they aren’t the only ones working with NASA to build next generation spaceships. Boeing, that venerable aeronautics company, has thrown its hat in as well with its CST-100 capsule. This past Wednesday, the parachutes designed to bring the spaceship safely to the ground passed a critical test in the Nevada desert.

In the test, a mockup resembling the size and weight of the CST-100 was carried to about 14,000 feet by an Erikson Air Crane helicopter and released over the Delamar Dry Lake Bed. As planned, the mockup craft deployed its drogue and main parachutes, landing comfortably on six inflatable airbags on the craft’s underside. Though successful, there are still numerous hurdles ahead of the CST-100 program, including further landing air bag tests, forward heat shield jettison test, and orbital maneuvering-attitude control engine tests.

Boeing’s contribution to the commercial spaceflight is an interesting one, not only because the company also worked on building and developing the Apollo spacecraft but because NASA’s Commercial Crew Program is not the sole party interested in its capsules. The development of the CST-100 is a joint project with Bigelow Aerospace, another commercial space company but one focused on the construction of inflatable commercial space stations.

Currently, Boeing is planning for a flight test around 2015 or 2016 atop an Atlas V rocket — which will be well after NASA’s test of its own spacecraft, the Orion. 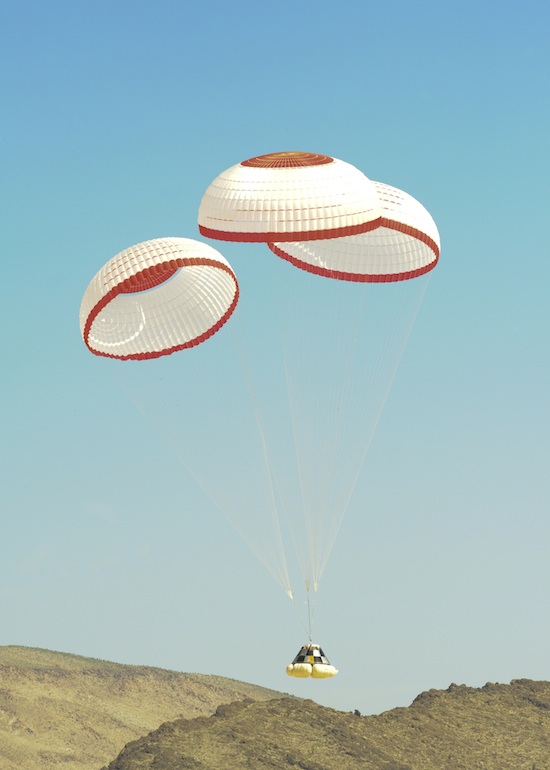 (via NASA, Boeing, all images via Boeing)