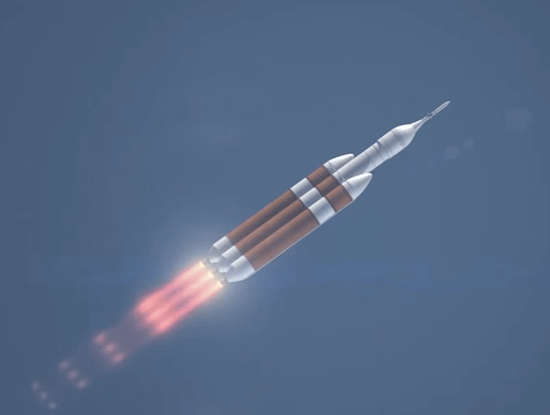 While a lot of attention is being focused on the advances made by commercial spaceflight companies, NASA is working hard toward a test flight of their Orion spaceship in 2014. Orion, which is specifically designed to take astronauts beyond low Earth orbit to targets like asteroids and Mars, is probably one of the most important projects in human spaceflight at the moment. Highlighting the upcoming flight test — called Exploration Flight Test (EFT-1) — is a video from NASA, which gives us a vivid first look at this vital test mission.

Though the Orion is intended to fly atop NASA’s Space Launch System, that massive rocket isn’t scheduled to be flight ready by 2014. Instead, a Delta IV heavy with two strap-on boosters will carry Orion aloft. Once in low Earth orbit, Orion will boost itself much higher out — the farthest a human-rated spacecraft has been since the end of the Apollo program. The intent is to test the all-important heat shields on Orion by subjecting it to a re-entry similar to what it would experience returning from an extended deep-space voyage.

In addition to testing vital components, the EFT-1 mission will be a clear message to doubters that despite shrinking budgets and the loss of the Space Shuttle fleet, NASA is still top dog in the spaceflight world. 2014 can’t come quickly enough.